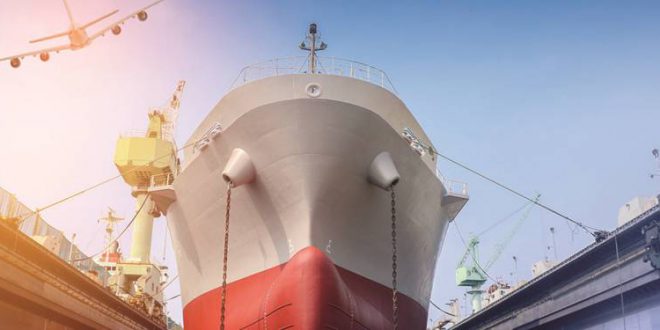 LNG to Become the Fuel of Choice for Shipping

Looking at LNG as a marine fuel. the IEA. in their 2017 World Energy Outlook estimates the market potential to 26 million tons per annum by 2030. According to DNV GL. LNG could account up to one-third of marine fuels by 2050.

The IMO requirement that marine bunkers contain no more than 0.5 percent sulfur by 2020 which will have a dramatic impact on the operations of all of the world’s marine vessels. There is no ‘one-size-fits-all’ solution. and there are numerous alternative fuels and hybrid solutions coming on the market.

The industry is now talking about the possibility of a carbon-neutral maritime shipping in the long run. Natural gas will not necessarily solve the zero-emission and greenhouse gas challenge. but for now. that makes LNG even more attractive since it is the best bridge to longer-term options such as hydrogen and ammonia. which is too big step for the foreseeable future.

Currently. a quarter of the newbuild cruise ship capacity is using LNG. including Carnival. MSC. RCCL and Disney Cruise Line. Major players in other ship sectors like global liners are starting to adopt LNG including Sovcomflot. Siem. UECC. RCCL or CMA CGM which is going to build nine 22.000 TEU container ships fueled by LNG.

In addition. Forward Maritime Group expects to order up to 20 gas fueled Kamsarmax bulk carriers. suggesting that LNG could become a close reality for tramp shipping worldwide. An early order of dual-fuel bulk carriers could facilitate an early start of additional LNG bunkering locations worldwide and accelerate its market penetration since. for many ship operators. the challenge is getting fuel to ports where it needs to be.

While there are no other potential fuels largely available. the issue is very much about having trust into its great economics post-2020: lower OPEX and shorter ROI – following reduced CAPEX over time – will drive the LNG market penetration as soon as the marine industry faces higher distillate costs.

The marginal cost of gas in transport is lower than that of oil-related fuels. According to the Oxford Institute for Energy Studies. “the discount of LNG over gasoil remains at least $5 MMBTu. and this is likely to be the most relevant differential once the IMO restrictions are introduced worldwide in 2020.“ an equivalent $225 per ton fuel price differential that is large enough to offset extra CAPEX and guarantee a fair return to investors. Going green with black numbers is not an illusion.

The choice of natural gas is the only one meeting present and foreseeable requirements. with proven technology and affordable fuel. Despite the development of LNG as a marine fuel has been slower than anticipated. large marine operators continue to pursue that LNG shall offer long-term price stability. operational simplicity and environmental advantages over exhaust gas cleaning systems. low-sulfur marine fuels and other niche fuels like methanol. ethanol. ethane or LPG.

Topics around this. including LNG as a marine fuel and LNG liquefaction and shipping. will all be discussed at the technical streams at the Gastech 2018 conference. held from September 17-20 at the Fira Gran Via. Barcelona. Over 350 speakers are expected to address 3.500 strategic and technical delegates during the multi-streamed conference.