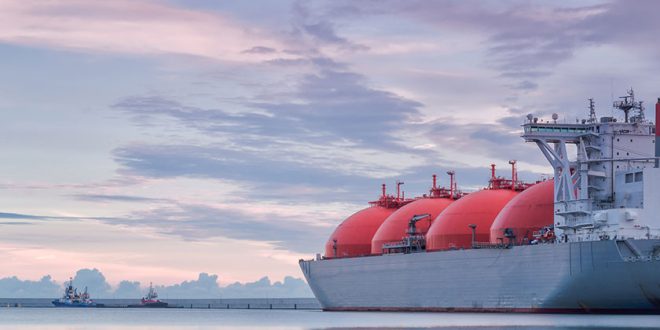 China and Japan Compete for First LNG Terminal in Philippines

China has an advantage in cooperating to build liquefied natural gas (LNG) project in Philippines with its mature experience and cost effective facilities. despite having Japan as a strong competitor. experts said on Sunday.

Experts noted that with a growing bilateral relationship. cooperation areas between the two neighboring countries will be further expanded in the future.

According to a Nikkei report on Thursday. following China`s move. Japan has recently announced a cooperation agreement with its Philippine partner to bid for building LNG infrastructure in the Southeast Asian country. since the Philippines` domestic gas supply is expected to run out in 2024.

Tokyo Gas and Philippine power company First Gen Corp had signed a preliminary agreement in early December to jointly develop a LNG import terminal project in the Philippines. The Japanese company will take a 20 percent interest in the project. the report said.

According to data released by General Administration of Customs on Sunday. China`s November LNG imports reached a record high of 5.99 million tons. a year-on-year increase of 48.5 percent.

Lin Boqiang. director of the China Center for Energy Economics Research at Xiamen University. told the Global Times on Sunday that China has the strength in building LNG facilities with good quality and at a reasonable price. China can also ensure a timely delivery as a result of many years of experience in infrastructure construction projects overseas.

The Nikkei report noted that since the LNG facility has to start operations before 2024. construction work needs to start within the next year. thus it is a relatively urgent matter.

Lin noted that Japan also has its advantage. since it entered Philippines market earlier. thus enjoying a better awareness in the Southeast Asian country.

`LNG imports are critical resources for a country. so Philippines government has many things to consider other than just business-level matters when considering such deals.` Lin said.

Experts said that the China`s bid for the LNG project also comes amid strengthening China-Philippines ties. and the LNG project indicates an upgrade in the two countries` areas of cooperation

Trade volume between China and the Philippines in 2017 topped $50 billion. which made China the Philippines` top trading partner and origin of imports. Philippine exports to China increased by 10.5 percent to $19.2 billion in 2017. according to a report from the Xinhua News Agency.