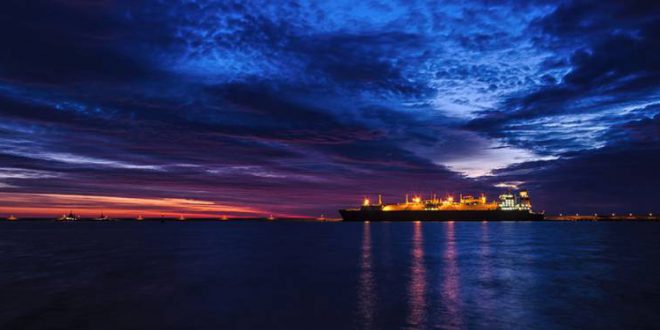 Last year saw a rise in the importance of environmentalism and the overall attention for cleaner energy sources. In contrast to the unilateral U.S. withdrawal from the Paris Climate Agreement. the rest of the world is increasingly unified in its determination to counter global warming. The relative clean nature of natural gas and its abundance has made it an ideal source of energy to replace dirtier coal and supplement renewables. The coming year a record number of LNG projects will reach their final investment decision moment (FID). However. a couple of projects have a higher chance of receiving a green light due to political. economic. and geographic reasons.

The global LNG market has steadily gained in size while the focus of attention has significantly moved to the east where seven LNG buyers account for more than half of the global market:

Furthermore. demand in the Asia-Pacific region is set to grow another 60 percent to reach 337 mtpa by 2030. In comparison. the size of the global market excluding Asia is only 75 mtpa currently. The major factor driving expansion is China which was responsible for 50 percent of last year’s global demand growth. It is expected that Chinese LNG demand will continue growing as the Asian country aims for cleaner skies over its cities and a lower-emission economy.

According to Wood Mackenzie director Nicholas Browne “market liberalization and uncertainty on longer-term demand in more mature markets. such as Japan. South Korea. and Taiwan. will mean more room for spot and short-term purchases. while oil indexation will continue to dominate the markets due to familiarity and ability to hedge“. Increasingly global sales are more spot market driven which benefits certain producers such as U.S. based companies.

Despite changes on the demand side. announcements on the supply side promise to have an even bigger impact in 2019. While the number of projects being sanctioned is similar to the last couple of years. the capacity of the facilities is different. The average development to receive an FID in 2019 is over twice the size of the projects in the preceding years. According to Wood Mackenzie. the following projects are considered the `frontrunners`:

One or more projects in Mozambique

“Expansion and backfill projects“ in Australia and Papua New Guinea

These investments alone warrant a total capital investment of over $50 billion. This number doesn’t yet even include the expansion of Qatar’s LNG industry which lifted its self-imposed moratorium on the world’s single largest gas field. North Dome.

A positive FID doesn’t only depend on geographic and economic factors such as profitability. Australia’s political stability and adherence to liberal market principles made it a good investment destination for energy companies. Stability. profitability and geographic proximity to Asian markets. have made the ‘land down under’ the largest exporter of LNG in 2018 ahead of Qatar. However. political risks could increase in Australia after the 2019 federal elections. The Labour Party intends to put in place a permanent LNG control mechanism. which could seriously damage the country’s investment climate.

Political factors are one of the reasons that Novatek’s Arctic-2 LNG project in Russia has a high chance of succeeding. China’s ongoing trade war with Washington has made it wary of buying LNG from the U.S. and thus increasing dependence on an unpredictable American administration. Russian LNG is a good alternative for Beijing. Furthermore. Russia’s willingness to cooperate with OPEC concerning voluntary oil production cuts has significantly strengthened Moscow standing in Saudi Arabia. Saudi Energy minister Khalid al-Falih has earlier declared the Kingdom’s willingness to become an investor in Arctic-2 LNG for an amount of $5 billion.

The resolution of the trade war between China and the U.S. could be the gamechanger for the new generation of LNG terminals. Despite the growth of the spot market. the majority of projects require financial assurances such as long-term purchase contracts to satisfy investors. Politically Russia is a secure investment for Chinese buyers concerning long-term contracts while American suppliers could become a risk.

Despite the political risks. 2019 promises to be a pivotal year for LNG producers with a record amount of investment to be announced.