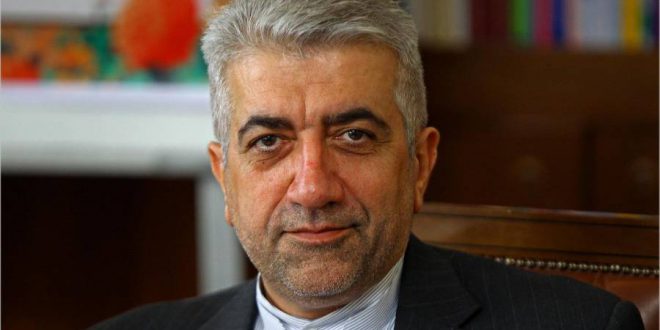 Iranian Energy Minister Reza Ardakanian said that the country is after boosting its renewable energies capacity. urging relevant bodies in the country to spare no efforts to this end.

He made the remark on the sidelines of the 11th Iran International Renewable Energy. Lighting &amp. Energy Saving Exhibition. held in Tehran Permanent International Fairground on Feb. 21-24. 2019. in the presence of private sector activists entitled “Opportunities and Challenges of Development of Renewable Energies“.

Earlier this month. Ardakanian said that the power generation of the country has increased by 11.4 times since the victory of the Islamic Revolution in 1979.

He said that Iran has moved up 24 ranks in terms of generation of electricity in the past forty years.

He made the remarks in a press briefing held at the venue of the Ministry of Energy where he evaluated the performance of his ministry in the past forty years.

CEO of Tavanir Co.. in charge of development of electric power generation. said that the bulk of electricity that Iran is currently exporting to other countries is too little compared to the generated volume. adding that the country presently has the potential to double the bulk of its exports.

Motavallizadeh said that Iran is currently exporting over 1.000MW electricity to neighboring countries. noting that the major importer of Iran’s electricity is Iraq. followed by Afghanistan and Pakistan.

He maintained that only a very small amount of generated electricity is being exported. adding that Iran can increase the bulk of its electricity exports if neighboring countries would like to place an order for more imports.

On December 31. Pakistan’s Minister for Power Omar Ayub Khan. in a meeting with Tehran’s Ambassador to Islamabad Mehdi Honardoost. underlined his country`s willingness to import more electricity from Iran.

Ayub Khan said that Pakistan is ready to hold negotiations on the renewal of the agreement on 100MW electricity import to its border province of Baluchistan.

The two sides stressed the need to continue joint efforts in the power sector on both power generation and transmission.

Honardoost. for his part. noted that Iranian companies and contractors are ready to take part in the neighboring country’s power sector.

Last year. Iran expressed readiness to provide up to 3.000 MW electricity to Pakistan.

However. according to Ayub Khan. there is a problem on Pakistan side because importing such quantity of electricity requires a robust transmission system. which requires a lot of investment.