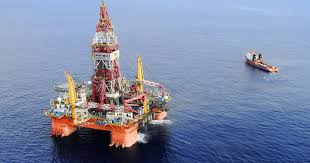 Oil prices have surged to their highest level in months. with the US West Texas Intermediate rising above $58 per barrel and Brent trading north of $67.

The instability in Venezuela and the growing evidence of a slowdown in US shale have pushed prices up.

Weekly figures showed that US oil production dipped to 12 million barrels per day last week. down from 12.1 million bpd the week before.

The Organization of Petroleum Exporting Countries reduced production by 221.000 bpd in February. a more modest reduction than in prior months.

Most of the reductions came from Venezuela. which saw output drop by 142.000 bpd. Meanwhile. OPEC estimated that OECD inventories rose by 22 million barrels in January. or 19 million barrels above the five-year average.

Previous World can Rely on OPEC for Urgent Oil Needs
Next OPEC may Cancel April Meet. but Hold Steady on Oil Output