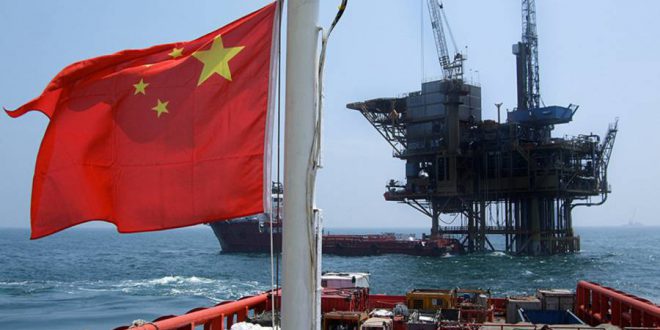 U.S. Threatens China due to Continues Imports of Iranian Oil

The U.S. State Department has threatened China with sanctions because of its continued imports of Iranian oil—a move that was only to be expected but hardly the wisest one amid still high trade tensions between the two countries.

China is importing Iranian crude at a rate of 150.000 to 220.000 bpd despite the end of sanction waivers the U.S. had initially granted to Iran’s eight largest oil clients. China has from the beginning said it would not comply with U.S. sanctions on Iran and would continue importing Iranian crude. unlike India. which initially said it would only respect UN sanctions but later stopped buying Iranian oil to avoid angering Washington.

U.S.-Chinese relations are different. however. After the latest flare-up in trade. after President Trump threatened more tariffs on Chinese goods. the tension gradually diffused to the point where the two have returned to the negotiating table. Yet China has made clear it is not in the mood for major concessions. so the outlook for the negotiations remains unclear. A threat with sanctions will hardly change that mood.

That China continued importing Iranian oil after the sanction waiver ended is no news. What was news earlier this month was a report by Politico citing Washington officials as saying the administration was considering granting a special waiver to China. This report. followed by the State Department spokeswoman’s statement. is a classic case of mixed signals. typical of a situation this complex. However it plays out. chances are China will continue buying Iranian oil.