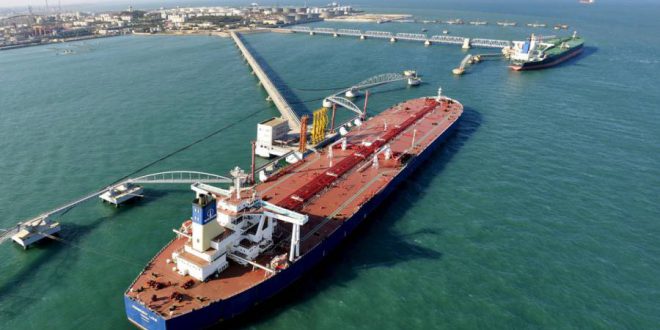 China’s crude oil imports from Venezuela plunged 62% in July from the previous month. Chinese customs data showed on Sunday. as growing tension between Washington and the Maduro government made buyers wary of taking oil from the South American exporter.

Arrivals of crude oil from Venezuela were 703.742 tonnes last month. or 165.720 barrels per day (bpd). data from the General Administration of Customs showed. That is down from 275.646 bpd in June.

With U.S. sanctions on Venezuela having already driven away many of its oil buyers. the Trump administration in early August kept up the pressure by threatening sanctions on any company that works with Maduro’s government.

Venezuela’s oil exports fell 17.5% in July to their second-lowest since Washington imposed the sanctions in January. according to internal data from the company and Refinitiv Eikon.

China National Petroleum Corp. a leading buyer of Venezuelan oil. has halted loadings in August amid concerns over potential hits by the secondary sanctions.

Refinitiv Oil Research showed only three cargos carrying a total 540.000 tonnes of crude have left from Venezuela for China so far this month. half of the figure in July.

Crude shipments from Iran rose in July to 926.119 tonnes. or 218.086 bpd. despite U.S. sanctions on the country. Last week. Reuters exclusively reported that a China-owned oil tanker. cited by the U.S. government as carrying Iranian oil. changed name in an apparent effort to evade U.S. sanctions.

Imports of U.S crude doubled in July from a month earlier at 1.5 million tonnes. But shipments for the January-July period fell 63.4% from year-ago levels to 3.65 million tonnes or 125.745 bpd. as the lingering Sino-U.S. trade dispute hampered oil business between the two countries.

China on Friday said it would impose tariffs on U.S. crude oil imports for the first time. by 5% from Sept. 1. as its latest retaliatory measures after U.S. President Donald Trump threatened to slap a 10% tariff on $300 billion worth of Chinese imports.

Trump soon lashed back at a new round of Chinese tariffs by heaping an additional 5% duty on some $550 billion in targeted Chinese goods.