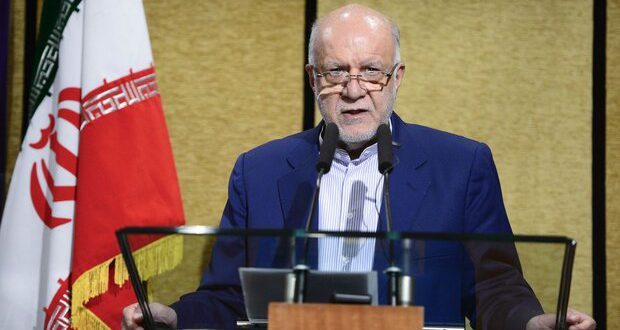 Entitled Towards Leadership in the Global Energy Mix: Priorities of the Gas Industry. the panel was held on Wednesday in Moscow.

The following is the full text of Zangeneh`s speech in the panel.

I would like to express my appreciation to the organizers of the event. particularly HE Alexandre Novak Energy Minister of the Russian Federation. The theme of this panel is very important and has two aspects:

First. demand for natural gas in the mid and long-term will increase. and second. how international cooperation could support the development of the gas industry.

Most forecasts indicate that gas demand will grow at a rate of about 1.5% annually by 2040. and gas will meet one-fourth of the world energy demand due to environmental considerations. This growth would be largely due to LNG production.To meet the demand. global cooperation is needed in various areas such as investment. technology transfer and development of trade infrastructures.

An important point is how to capture the above potential gas demand. and fulfilling the required international cooperation.

Here. I would like to elaborate on the policies of Iran on the two above-mentioned points:

First. We believe energy sector should be depoliticized and politically-motivated interferences should be substituted by economic logic. multilateralism. partnership and cooperation.

Imposition of unilateral sanctions on Islamic Republic of Iran and its extraterritorial application by President Trump is best described as `economic terrorism` and is in violation of international laws. it targets ordinary people’s livelihood. This approach threatens peace and security by disrupting efforts. in addressing climate change. investment flows. technology transfer in the energy field. and has adverse impact on sustainable development. Therefore. I urge everyone to reject the US unilateral and unlawful acts.

Second. Despite the US obstruction efforts against the Islamic Republic of Iran over the past 40 years. Iran has managed to boost its gas production rate to 750 MCM d. Given the 17 percent share of Iran in the world’s proven natural gas reserves. Iran’s role in the global energy security is undeniable. and next year our output is expected to surpass 1 billion cubic meters per day.

Over the last three decades. the share of gas in our energy basket has grown annually and now its share in the energy mix has reached over 70 percent. largely by replacing oil in the household. power generation and industry sectors. At present. around 95% of urban and rural households have access to natural gas.

Natural gas development policy in Iran has not only improved social justice. but also has reduced energy poverty. In addition Iran has annually prevented emission of Green House Gases (GHG) by around 3%. The access of rural population to natural gas has significantly contributed to woodland protection and has prevented deforestation by replacing fuel wood by natural gas.

Despite the US economic terrorism. our efforts in protecting the environment are continuing. For example. we intend to bring gas flaring close to zero by 2021.

Third. Our strategy is respecting and fulfilling international commitments. as well as development of cooperation in the context of multilateralism. Regional and international cooperation are among our priorities in the energy sector. Iran has been one of the founding members of the GECF and OPEC. It is a great pleasure to note that Iran. Russian Federation and Qatar which paved the ground for establishment of the GECF are present in this event. Today we are witnessing the growth of the GECF. and it has become an international reference point.

Given the growing role of conventional natural gas as a clean fossil fuel in curbing GHG emissions growth. I propose setting an elevated goal of achieving 30% share of natural gas in the world energy mix by 2040 to be achieved through various means with emphasis on the power sector.

Again. I would like to express my appreciation to the government and people of the Russian Federation for their hospitality. and I hope holding Russian Energy week will bring about valuable achievements for oil and gas international cooperation.