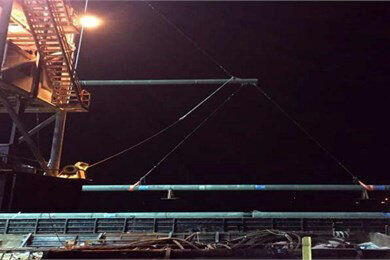 The pipeline. which is a part of South Pars Phases 15 and 16. leaked gas which was controlled immediately by cutting gas feed to the sea pipeline.

Mehr News Agency cited the project manager Reza Forouzesh who said that gas leaks had been taken under control.

Forouzesh further said that production had been temporarily shut to allow for the repairs of the damaged gas pipeline. The cause of the incident is under investigation.

South Pars. the world’s largest offshore gas field. is being developed in 24 phases in Iran. Qatar shares the field in the Persian Gulf with Iran.