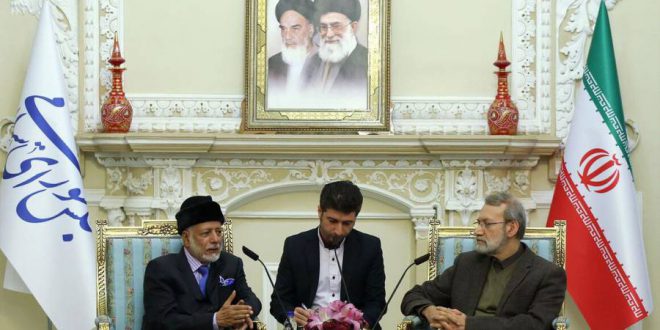 He said that American officials were displaying senseless behavior towards Iran.

It has become crystal clear to the Iranian people that [US President] Trump holds hostility against Iran. The US behavior lacks any sense and its efforts to drive Iran’s oil export to zero has been futile. said Larijani in a meeting with the visiting Omani Foreign Minister Yousef Bin Alawi in Tehran. reported.

Larijani praised Oman’s role in creating peace and stability in the Persian Gulf region. saying that regional countries need to sit down for talks to resolve their issues through dialogue.

Elsewhere in his remarks. he pointed to the situation in Yemen. saying Yemen’s issue has many hidden layers and urging immediate ceasefire in the war.

The other side should know that problems can’t be solved through using force. especially because the issue of Yemen has many hidden layers and first there must be a ceasefire and then we’ll move towards other issues. he noted.

For his part. the Omani FM said that regional countries need to seize the opportunity to bring peace as Iran is a base for peace that has invited countries to calm and Iran’s Hormuz Peace Endeavor shows how sincere the country is in this regard.