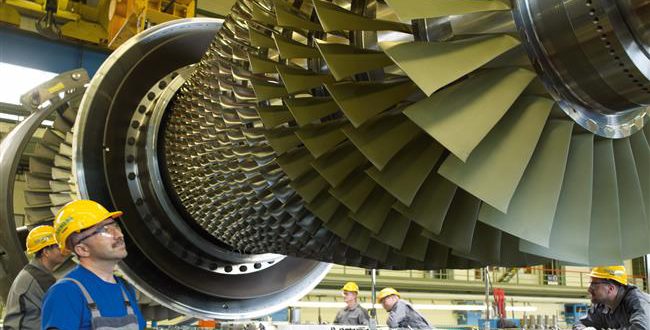 Germany’s engineering giant Siemens is backing Iran in plans to launch power plants relying on modern gas turbines that would add some 5 gigawatts (GW) to the country’s electricity generation capacity.

A senior official at Iran’s Ministry of Energy said on Saturday that Siemens and Iran’s largest energy construction and engineering group Mapna had been cooperating on building F-class gas turbines that would significantly boost efficiency at Iranian power plants.

Alireza Nasrollahi said Siemens and Mapna were working on F-class turbines in eight major locations across Iran. a project he said was worth around €2.2 billion.

Nasrollahi said a major batch of the turbines will come on line at Iran’s Hengam power plant. located in the southern province of Hormozgan. in February.

He said the launch of the first phase of Hengam power plant. a gas-fired unit with a capacity of 307 megawatts (MW). will mark the first time a government-run power plant in Iran is using F-class gas turbines.

The official said the installation of all the turbines in the combined cycle 906-MW Hengam. where a second gas-fired unit will come on line before next summer. would cost around €500 million.

Siemens has been one of the longest-serving foreign companies in Iran with first activities dating back to more than 150 years ago.

The company. which has been a major contributor to Iran’s infrastructure projects over the past decades. was forced to downsize many of its projects in Iran after the United States imposed a series of unilateral sanctions on the country last year.

However. Iranian officials have hailed Siemens’ commitment to joint venture schemes. including contracts on the transfer of technology. saying it is a sign the company is valuing its long history of presence in the country and shows that the Germans are keen to resume work in Iran once sanctions are lifted.