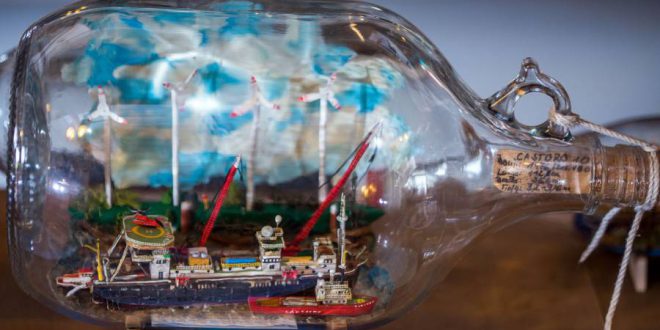 Germany Keeps Its Cool over U.S. Sanctions on Nord Stream 2

Following a last-ditch effort by the United States last week to stop Nord Stream 2 through imposing sanctions against companies involved in the construction of the nearly finished gas pipeline. Germany has remained surprisingly calm and refrained from any direct countermeasures.

Although German Chancellor Angela Merkel was critical of the U.S. sanctions. she avoided any radical responses such as punitive measures on U.S. companies in return and is instead seeking to find a solution through negotiations.

`I see no other option than to hold talks. but very firm talks.` Merkel said last week. noting `we are against extraterritorial sanctions.`

With around 160 kilometers left. the pipeline is designed to transport natural gas from Russia to Germany through the Baltic Sea. Scheduled to start operation in 2020. the 1.230-kilometer-long pipeline could deliver 55 billion cubic meters of gas per year.

Following the U.S. sanctions. offshore service provider Allseas. a main contractor in laying the pipes for Nord Stream 2 which is headquartered in Switzerland. immediately announced to suspend its Nord Stream 2 pipelay activities.

Last year. ahead of a North Atlantic Treaty Organization (NATO) summit. U.S. President Donald Trump called Germany a `captive of Russia` for obtaining 60 to 70 percent of its energy and a new pipeline from Russia which was `very inappropriate` and a `very bad thing for NATO.`

Just before the U.S. sanctions were imposed. German Foreign Minister Heiko Maas emphasized that `European energy policy is decided in Europe. not in the United States.` adding `We reject external interference.`

Peter Beyer. coordinator of transatlantic cooperation in German federal government. warned that an escalation spiral with countermeasures would not make sense. but stressed that the United States also had an interest to develop their own liquid gas market in Europe.

However. liquid natural gas – mostly fracked – from the U.S. is considerably more expensive and is highly controversial in Germany.

`Fracking technology can lead to contamination of the groundwater.` the German Environment Agency (UBA) found. Environmentalists are very concerned about the use of chemicals and the disposal of the resulting wastewater. Unlike in the United States. only so-called conventional fracking in sandstone is permitted in Germany.

Claudia Kemfert. head of the department of energy. transportation. environment at the German Institute of Economic Research (DIW). sharply criticized the sanctions as `absolutely unacceptable` and an `aggressive means of a fossil energy war` and demanded countermeasures.

`Europe should consider imposing climate tariffs on the U.S. so that no environmentally harmful fracked gas can be exported from the U.S. to Germany and Europe.` Kemfert told the newspaper Handelsblatt.

According to Grenell. 15 European countries. the European Commission and the European Parliament `have all voiced concern about the project (Nord Stream 2).`

Some politicians admitted that Germany should have sought a political agreement with its European partners earlier. `We waited far too long or did not officially admit to ourselves that there is of course a geopolitical dimension that should not be underestimated.` said Beyer.

Despite the intervention in the construction process by the U.S. government which would cause an almost certain delay. the operators of Nord Stream and Russian officials are keen to finish the pipeline project.

The Nord Stream 2 consortium stated that `together with our partner companies we are working to complete the project as soon as possible.` 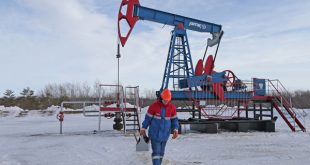