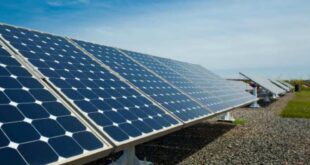 Only 291 power plant tenders were announced during Q4 of calendar year 2019. which was a fall of 28 percent over the last four-quarter average of 404. according to the report. All top issuers of solar tenders for December 2019 in terms of power capacity involved in the APAC region were from India. About 85 percent of this equipment has been imported from China. Vietnam and Malaysia. according to The Indian Express.

India has installed 31 gigawatts (GW) of solar capacity. 17 GW is under construction while tenders for 35 GW have been floated. For manufacturing solar PV cells. India has an installed manufacturing capacity of 3 GW and 10 GW for modules. The nation has set itself a target of 175 GW of installed clean energy capacity by March 2022. of which 100 GW is expected to be solar.

The December import figure has once again underlined a major problem the Indian solar sector faces.

Despite the Indian government’s “Make in India“ program. plus heavy duties slapped on imports of these kinds of goods. the industry continues to bring equipment from abroad.

According to the Indian Express report. the money on imports of PV cells &amp. modules in the last five years was about three times the cumulative Foreign Direct Investment (FDI) of India at US $4.83 billion that flowed into the entire renewable energy sector.

There’s no commercial production for upstream stages of solar PV manufacturing. such as wafers. ingots and polysilicon because of it being energy and capital intensive. hence the reliance on imports. The Indian Express reports.

Meanwhile. in January 2020. fresh bids were invited by the Solar Energy Corporation of India (SECI) for putting up 1.2 GW of grid-connected solar power generation capacity under the eighth tranche of its inter-state transmission system program. pv magazine reported.

SECI will sign a 25-year power purchase agreement (PPA) with the successful bidders.

But not every expert or analyst feels that everything is all right with India’s solar energy program.

Some have pointed to a lull in recent months. The website downtoearth.org cited several reasons for the “slump“ in solar energy. one of them being the haphazard implementation of the Goods and Services Tax. while another was the insistence of various provincial governments on selling solar energy at far cheaper rates to distribution companies.

Solar plants’ inability to run at their full installed capacity represents another hurdle. The report pointed out that of the total 63.9 GW of solar and wind capacity for which tenders were floated in 2018-19. 31 percent was canceled. 26 percent was under-subscribed and 10 percent was delayed.

Only 34 percent was auctioned for development. states a September 2019 says the article. the report notes. citing analytics firm Crisil.