Middle Eastern Stocks Plunge as Oil Gets Hammered by Coronavirus 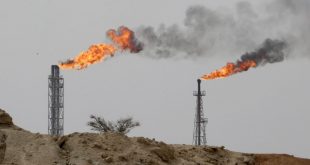 Equity markets across the Middle East slumped after the worst week for oil prices since 2008 and as more cases of the coronavirus were announced in the region.

Kuwait halted trading of the biggest listed companies as its markets reopened following a three-day holiday last week. The suspension happened after the nation’s Premier Market index retreated almost 11%. Dubai’s gauge fell as much as 5.2% to the lowest level since 2018. while those in Saudi Arabia. Abu Dhabi and Egypt extended losses from last week.

In Riyadh. Saudi Aramco retreated to its lowest level since an initial public offering in December. with the oil giant’s shares nearing the level of 32 riyals at which they were sold. They closed 2.1% lower at 32.65 riyals.

Oil’s drop will heap pressure on economies across the Gulf. with the commodity representing a significant portion of public revenue. West Texas Intermediate crude fell 16% last week to $44.76 a barrel. while Brent weakened below $50 a barrel.

Economic growth in Saudi Arabia. which is trying to convince Russia to agree to oil production cuts among OPEC+ members. slowed to just above zero in 2019. the kingdom announced.

Iran. the epicenter of coronavirus in the Middle East. said the number of confirmed cases almost doubled to 978. with 54 deaths. In the capital Tehran alone. there were 170 new infections. Qatar announced its first case. while the United Arab Emirates shut down nurseries and canceled several events.

The main index in Egypt dropped 6%. the most on a closing basis since 2012. The country’s financial regulator temporarily reduced the notice period listed companies have to give the bourse before buying shares that will be kept by the issuers as treasury stocks. The change from three days to the day of planned purchase could encourage buying.

Performance of main equity gauges in the Middle East as of 4:34 p.m. in Dubai:

Stock pressuring the most 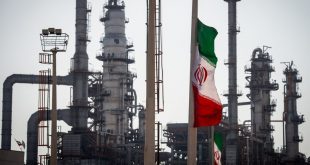