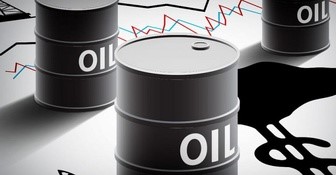 Iran’s crude oil and gas condensate exports are expected to rise to about 2.2 million barrels per day in February. thanks to a shipment to Indonesia – the first since sanctions against Tehran were lifted last year.
This month. Iran is set to export some 2.16 million bpd. Post-sanction exports reached a high of almost 2.6 million barrels last September. Reuters notes. and this amount has not yet been exceeded. According to figures from Iran’s Oil Ministry. oil exports between March and December 2016 averaged 2.57 million bpd. with the December rate rising to 2.83 million bpd.
Earlier this month. Oil Minister Bijan Zanganeh said that earnings from oil and condensate exports had reached US$29 billion in all of 2016. of which US$24.7 billion has been received. What’s more. export earnings for March 31. 2016. to March 31. 2017. Iran’s fiscal year. are expected to come in at US$41 billion.
Europe has come to account for a growing portion of Iran’s exports. local media reported yesterday. In December. oil shipments to Europe stood at 767.000 bpd. which represented a 10-percent increase on a monthly basis. This December daily rate is very close to pre-sanction export levels to Europe. which averaged 800.000 barrels daily.
Recently. Iran managed to clear one more hurdle to its oil export expansion: the International Group of P&amp.I Clubs agreed to start offering almost full insurance coverage on export-bound oil cargoes from Iran. The insurers. 13 of them. will now offer up to US$3.08 billion per tanker. compared with US$830 million over the last year. as insurers and reinsurers steered clear of Iran cargoes because of remaining U.S. sanctions.