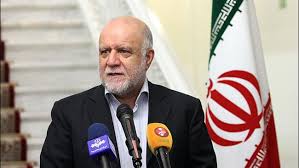 Oil Minister Bijan Namdar Zanganeh said the Iran Petroleum Contract (IPC) model would bring more foreign investment once it is used in dealing with oil giants.
“Under the IPC model. more than 70 percent of Iran oil production capacity will be controlled by Iranian firms and that the contracts would draw $80 billion in foreign investment if they are put into force immediately. Zanganeh told Parliament on Sunday.
He added that the presence of foreign companies in Iran will create more jobs and help the country “get rid of sanctions” as it laces their interests with stability in Iran’s oil production.
Zanganeh said Iran`s top security body is still reviewing the IPC model.
“The new oil contracts (IPCs) are currently being reviewed by the Supreme National Security Council.” he said.
In January. Iran named 29 companies from over a dozen countries as being allowed to bid for oil and gas projects under the IPC. which Tehran hopes will boost production after years of sanctions. But the IPC model has been delayed several times due to opposition from critics.
Zanganeh did not elaborate or say how long the review might take.
The IPC model ends a buyback system dating back to more than 20 years. under which Iran did not allow foreign firms to book reserves or take equity stakes in Iranian companies.
The IPC has more flexible terms that take into account oil price fluctuations and investment risks. a senior Iranian oil official told Reuters.