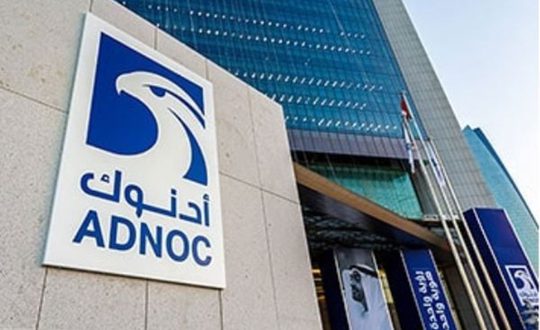 Abu Dhabi National Oil Co. will boost crude supply to more than 4 million barrels a day next month as the United Arab Emirates joins a battle for market share triggered by Saudi Arabia and Russia.

To pump this amount, Adnoc would need to add more than 1 million barrels a day to the quantity that the U.A.E. produced in February, according to data compiled by Bloomberg. While the target for April is higher than what the International Energy Agency estimates the country has the capacity to produce, Energy Minister Suhail Al Mazrouei said his country can achieve it.

There’s ample production capacity that will be quickly brought online given the current circumstances, the minister said in a tweet. A hike in production to 4 million barrels per day is realistic, people familiar with the company’s operations said.

Abu Dhabi holds most of the oil deposits in the U.A.E., which ranks as the third-largest producer in the Organization of Petroleum Exporting Countries after Saudi Arabia and Iraq.

Government-runAdnoc can also draw on reserves it stores in the emirates of Abu Dhabi and Fujairah as well as outside the U.A.E. It has around 8.2 million barrels of oil storage capacity at Kiire in Japan and 5.9 million barrels of capacity in Mangalore, India.

Like the U.A.E., Saudi Arabia can use oil from its storage facilities to keep crude flowing to the market. Aside from domestic stockpiles, the kingdom also stores crude near consumption hubs in Rotterdam, Okinawa and the Egyptian port of Sidi Kerir. Russia doesn’t have a network of strategic oil stocks to match.

Adnoc is also accelerating existing plans to raise output capacity to 5 million barrels a day, it said in a statement on Wednesday, without specifying a date.

Adnoc intends to publish forward pricing for March and April crude sales shortly, the company said. Iraq and Kuwait have followed Saudi Aramco’s lead in cutting pricing for their crudes for next month. 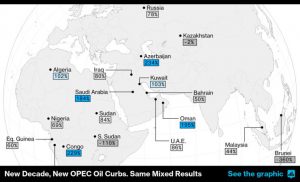