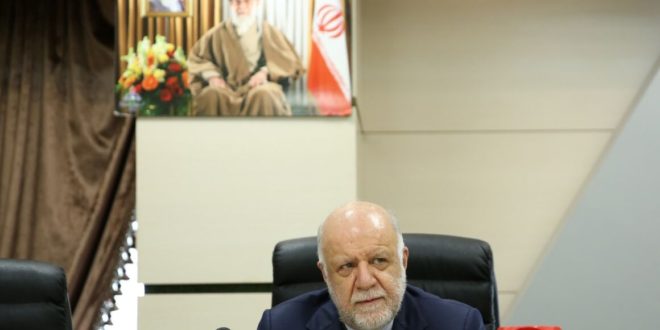 Iranian Minister of Petroleum Bijan Zangeneh said the country’s petrochemical production capacity was planned to cross 10 million tons per year in the current Iranian calendar year which began on March 20.

Speaking to Eqtesad Radio Channel, Bijan Zangeneh underlined the most important plans of the Iranian Ministry of Petroleum in the year of production leap, saying: We must all take steps in the current difficult situation with interactive and jihadist spirit to solve the problems of the people and ensure the development of the country. Now is not the time to deal with marginal issues.

He said continued development of West Karoon fields, operation of the second petrochemical industry leap projects, completion of South Pars offshore sector and implementation of phase 11 operations, implementation of crude oil transfer pipeline from Goreh to Jask and the completion of rural gas supply projects were among the main plans of the Ministry of Petroleum in the year.

The official also said that Iran’s petrochemical revenues was projected to reach 25 billion dollars in the calendar year of 1399 which began on March 20.

He said: One of the other programs of this ministry is that gas condensate should not be placed directly on the export track and according to the plans made, it should be refined and turned into products in Persian Gulf Star and Siraf refineries.

Zangeneh said that the Siraf refinery produces products such as naphtha that are again used to feed petrochemical units. Siraf refinery is a refinery that can produce valuable products at the lowest cost. Other refineries typically need an investment of $30,000 per barrel of oil, while Siraf needs only $7,000 to $8,000 of investment if it is to produce gasoline. If the refinery just produces naphtha, it doesn’t need more than $5,000 to $6,000 in investment.

Regarding the situation of Iranian gas exports to Turkey, he said: Iran’s gas pipeline to Turkey, which was damaged due to an explosion in the Turkish soil earlier this year, has not been repaired, while no more than a few days is needed for repairing the line. Iran has said it is ready to help repair the gas pipeline, but the offer has not been welcomed by the other side.

Currently, Iran is exporting one million cubic meters per day of gas to Armenia and Iraq through two gas routes. Moreover, a small amount of gas is being swapped with Azerbaijan and Nakhichevan, he added.

US treatment of Iran; Example of a crime against humanity

Zangeneh said: The situation in which the country is currently languishing in is much more difficult than the eight years of the imposed war; the difference is that the casualties and the wounded are not as tangible and noticeable.

He described the US treatment of Iran a crime against humanity, and said: Had there been an order in the world, the Americans must have been tried for committing these crimes.