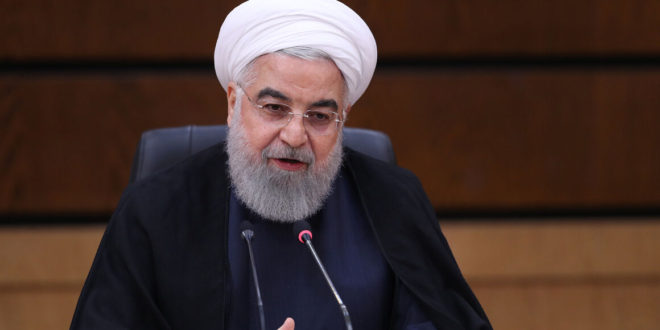 Iranian President Hassan Rouhani appreciated Iranian oil industry achievements, saying: The United States cannot bring our nation to its knees because of the plans that we will implement in [the calendar year of] 1399, after two years and a few months of severe sanctions.

Speaking on Thursday, May 21, 2020, in a ceremony held to officially start operations to install the first jacket of South Pars Phase 11 on the Iran-Qatar sea border, Dr. Rouhani said 17 phases of the massive gas field were developed under his presidency since 2013.

In fact, we can say that we have done what we were supposed to do in South Pars, and the only phase in which has kept up due to the presence of foreign companies has been the Phase 11 development plan, he said.

The foreign companies were in this phase for construction of a pressure boosting platform, which we intended to achieve more easily with the participation of large French and Chinese companies, Rouhani added.

The President stressed the need to maintain gas pressure in the South Pars joint field, and said: Increasing pressure is one of the important projects that we must pursue.

Previous Offshore Section of South Pars Development Complete by 2021
Next Iran, Turkmenistan, Uzbekistan Borders to be Reopened in Current Month Amid Pandemic