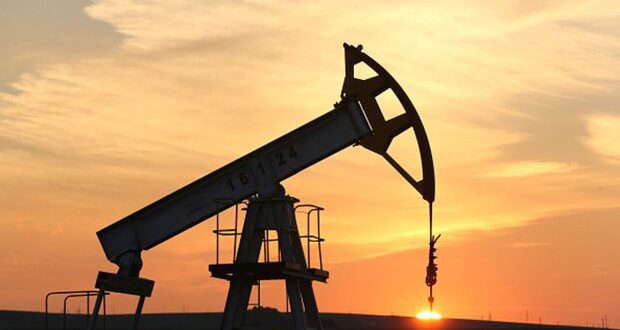 Why Impact of Low Oil Prices on Iran is Minimal?

Global oil prices have been hit with a double whammy by the spat between Russia and Saudi Arabia in mid-March over output cuts and the coronavirus (COVID-19) pandemic.

However, the two countries and other large oil producers were racing to negotiate a deal to stem the historic price crash. The OPEC+ made up of OPEC producers and allies including Russia, held talks on

Thursday and agreed to cut output in May and June by 10 million barrels per day (bpd) as the oil price fell below $30 a barrel.

By the end of March due to Coronavirus (COVID-19) pandemic, more than half the world was in lockdowns and travel restrictions were imposed by most countries. With shops closed, streets deserted flights canceled and the transport sector coming to a halt, the demand for oil is set to plunge by as much as 27 million bpd in April, a decline unprecedented in the history of oil according to a report by Rystad Energy. The report sees a demand hit of around 20m bpd in May and more than 15m bpd in June.

As a result shares of major international oil companies fell 12-19.5 percent in March, a worrisome position for banks with energy loans. IEA confirmed in March that oil demand will decline for the first time since 2009.

Following the announcement of stimulus plans declared by the US, Europe, Japan, Scandinavian countries, to name a few major economies, oil prices recovered and according to Oilprice.com Brent crude was trading at 33.87 on Friday.

Implications of oil price crash for Iran will be minimal given the US sanctions have eroded the country’s dependence on oil exports to a great extent, diversifying the country’s resistance economy.

After exiting the 2015 Joint Comprehensive Plan of Action (also referred to as Iran nuclear deal), in May 2018, US President Donald Trump’s administration imposed a series of historically tough sanctions on Iran’s oil, banking and transportation sectors. Sanctions are intended to bring the maximum pressure campaign for the Islamic Republic designed to reduce Iran’s oil exports to zero.

Initially, the US provided waivers that allowed big economic powers to continue importing crude from Iran. The waivers ended in April 2019 helping push up the price of Brent crude, the international benchmark, to above $75 a barrel. Most of Iran’s crude exports went to five main buyers: India, China, South Korea, Japan, and Turkey.

Iran exported 2.5m bpd before the US decision to reimpose sanctions and by the time the waivers ended Iran’s oil exports had dropped to 1-1.3m bpd.

When I asked Tehran University, Professor, from the Faculty of World Studies, Dr. Foad Izadi last February about Iranian oil exports he said: Iran is presently exporting crude to some Chinese companies unofficially. Officially the export is zero.

Iran’s 2020-21 fiscal budget is based on a prediction of selling one million barrels at $50 per barrel. This aspect of the budget needs to be scrutinized because of rock bottom oil prices and restrictions on Iran’s crude export. The budget, which started March 20, was presented to the parliament in November but deliberations were disrupted due to the devastating COVID-19 crisis and the election of the new conservative parliament.

The real losers of such low oil prices are oil-dependent countries like Saudi Arabia and the United States which has become the world’s largest producer due to the shale oil boom. Saudi Arabia has budget breakeven at Brent $84 per barrel and the US has recently become an energy powerhouse. Most of US shale producers budgeted for oil between $55-65 per barrel in 2020. As in 2014, when the oil price dropped below $50 from $110 in a few weeks, it triggered a temporary collapse of the US shale industry. As a tough year is expected ahead of us, the most biting of Iran’s economic challenges remain the US sanctions, depletion of foreign exchange reserves, and combined losses resulting from COVID-19 outbreak and disruptions caused to businesses that would reduce tax.

China, Russia, and the European Union have asked the US to temporarily suspend the sanctions due to the coronavirus outbreak. Despite recommendations from many countries and US politicians to relax sanctions on Iran, Trump administration continues to ratchet up the sanctions. On March 26, the US blacklisted five Iran and Iraq-based companies and 15 individuals, its third round in the month of March.

The governor of the Central Bank of Iran had asked IMF in early March for a $5 billion in emergency loans. It is for the first time since 1962 that Iran has sought IMF assistance. The request is being blocked by the US, which accounts for slightly more than 16.5 percent of IMF’s voting shares and has an effective veto over decisions.

Foreign Minister Javad Zarif urged the IMF to release this amount immediately, pointing to the severe shortage of medicines and equipment. Iran is unable to purchase medicines from the renowned pharmaceutical industry because of the banking sanctions. In a letter early March to the UN Secretary-General Antonio Guterres, Zarif called for the removal of US sanctions keeping in mind the current pandemic.

At the same time, Iran is unable to access its FOREX reserves in foreign bank accounts due to banking sanctions.

Leader of the Islamic Revolution Ayatollah Seyed Ali Khamenei has approved the withdrawal of one billion dollars from the National Development Fund of Iran – the country’s sovereign wealth fund – to help fight the coronavirus epidemic. President Hassan Rouhani has thanked the leader for the decision, the president’s website reported.

In order to support those who have lost their jobs amid the outbreak, the Ministry of Cooperatives, Labor and Social Welfare announced plans to allocate 50,000 billion rials ($305m) to the unemployment insurance fund.

Iran’s New Year (Noruz) holidays ended April 3, but many businesses remain shut as virus infections and fatalities continue to rise. However, low-risk businesses are scheduled to resume activities starting April 11 in all provinces, except Tehran that can follow suit on April 18, according to President.ir website.