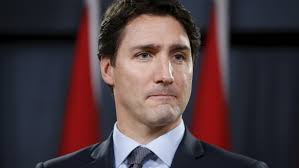 Days after a tight election made the Green Party a power-broker in Canada’s westernmost province. Justin Trudeau’s government is introducing a bill to ban crude oil tankers from using ports along the northern coast of British Columbia.
The move is part of a Liberal plan to toughen response to oil spills at sea. The Prime Minister’s orders for the ban effectively slammed the door on Enbridge Inc`s Northern Gateway pipeline. a project facing massive development hurdles that was to deliver oil to the north coast for export via tankers. However. some analysts argue that the move is more political than of any immediate consequence. The area affected stretches from British Columbia’s border with Alaska down to the northern tip of Vancouver Island. World Oil reported.
Most existing traffic happens south of the island. and projects for gas export plants and refineries on the province’s northern coast would hardly be affected or not at all.
The proposed act will prohibit tankers carrying more than 12.500 metric tons of crude or persistent oils. such as partially upgraded bitumen and bunker fuel. from stopping at ports in the region. according to a government statement. The move will not affect fuels like liquefied natural gas. gasoline and jet fuel. according to the statement. The proposed law itself bans all tankers carrying more than the limit in “crude oil or persistent oil” or a combination of the two. above the tonnage limit. It allows exceptions in cases where mooring or anchoring is required for the safety of the tanker or in emergencies.
Pacific Future Energy Corp. is among proponents of refinery projects on the northern B.C. coast. but the company plans to get their crude by rail. and its shipments of fuel by sea wouldn’t be affected by the ban. Nor would gas exports from Petroliam Nasional Bhd’s propose $27 billion liquefied natural gas project.
The only existing pipeline. transporting crude from the oil sands to the Pacific. Kinder Morgan Inc.’s Trans Mountain. supplies tankers that circumvent the southern tip of Vancouver Island. Enbridge Inc.’s proposed Northern Gateway line. that would ship oil to B.C.’s northern coast. was scrapped after the government rejected it last November.
The moratorium complements an existing voluntary exclusion zone in place since 1985. according to the statement.