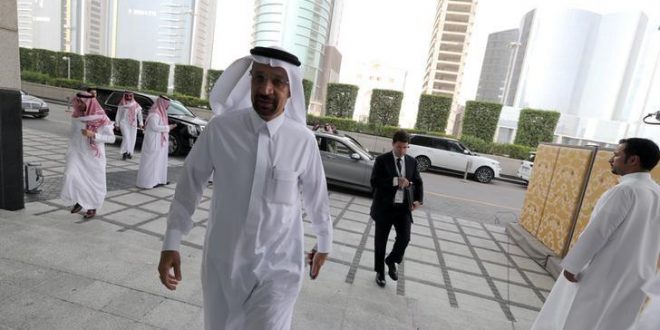 Saudi oil minister Khalid al-Falih will visit Iraq on Monday to discuss the extension of an OPEC-led oil output cut with his counterpart. Iraq oil ministry spokesman Asim Jihad said.
The Organization of the Petroleum Exporting Countries meets in Vienna on May 25 to consider whether to extend output cuts agreed in December last year between OPEC and 11 non-member countries. including Russia.
Saudi Arabia is pushing to extend the cuts by a further nine months until next March.
The two ministers will discuss boosting bilateral relations and the upcoming OPEC decision to help boost global prices and reduce the glut in the market. Jihad said.
Last week Iraqi Prime Minister Haider al-Abadi said that Iraq was in favor of extending the current deal but did not specify for how long. The country`s oil minister Jabar Ali al-Luaibi had previously said that Iraq would support a six-month extension.
OPEC wants to reduce global oil inventories to their five-year average but so far has struggled to do so. Stockpiles are hovering near record highs. partly because of rising production in the United States. which is not part of the existing deal.