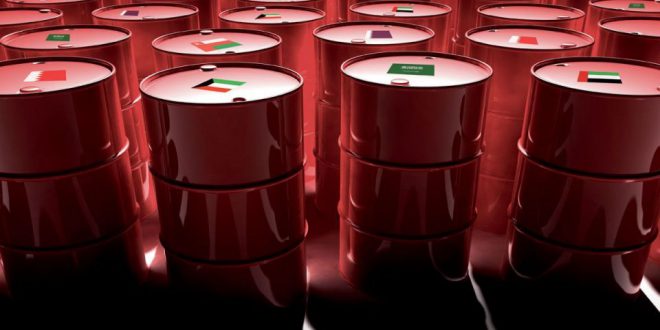 Iran`s crude oil traded above $51 a barrel in the week to August 20 in line with bullish sentiments that prices are firming at the $50 per barrel range.
Iran`s light oil grade settled at $51.39 cents in the week. unchanged from the previous week. and averaging $48.94 a barrel for the year. IRNA said. citing an Oil Ministry report.
The country`s main export grade. marketed as Iran Heavy. gained 42 cents to reach $49.35 per barrel. matching its 2017 average.
So far this year. heavy Iranian crude has traded nearly 20% above the last year`s average of $39.19 a barrel. the reports said. Higher prices stem from an OPEC-led initiative to reduce global supplies by 1.8 million a barrel from January 2017 through March next year.
The price of OPEC basket of 14 crudes stood at $49.8 a barrel on Monday. compared with $48.86 the previous day. according to OPEC Secretariat calculations.
A slowdown in US shale industry has helped the global market recover from this year`s low of $42 a barrel. US crude inventories are expected to have fallen for an eighth straight week and drop by 3.4 million barrels. a Reuters poll showed on Tuesday.
Oil prices rose on Tuesday. lifted by indications that supply is gradually tightening. especially in the United States. Brent crude oil was up 40 cents at $52.06 a barrel. US light crude was 35 cents higher at $47.72. The report added that Iran is planning to offer new crude oil blends to diversify its customers. The supply of new blends with different API degrees. i.e. the gravity of the fuel. will help Iran sell crude to more oil refineries worldwide.
Every refinery is typically designed to process a specific type of crude. Most US refineries. for instance. are primarily built to refine heavier grades and their retooling for taking in light crude oil will entail huge costs.
Officials say a European company is poised to team up with the Research Institute of Petroleum Industry—the research and development wing of Iran`s Oil Ministry—to produce customized crudes as per the customers` order. streamlining the production of new blends sometime next year. Iran pumped 3.824 million barrels of oil a day in July. up nearly 7.000 barrels per day from the previous month. OPEC said in its latest monthly report on August 10. citing secondary sources.
That is 30.000 bpd higher than the country`s average output in the second quarter of the year and above a ceiling of 3.8 million bpd set for Iranian output through March 2018.