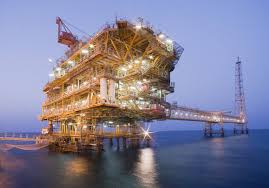 Senior officials from France`s Total will meet industrialists from major Iranian companies this week to discuss cooperation in the implementation of the 11th phase of South Pars Gas Field. an official said.
`A meeting between representatives of Total and Iranian manufacturers of oil industry equipment will be held on Wednesday.` head of Society of Iranian Petroleum Industries Equipment Manufacturers Reza Khayyamian told reporters on Saturday. according to a Fars News Agency report.
He underlined that companies which can provide products compatible with the standards of the project will join the project.
The deal for developing phase 11 of the supergiant South Pars Gas Field was signed in July between the National Iranian Oil Company (NIOC) and a consortium of Total and China`s CNPC.
A top NIOC official said the contract will be implemented in two phases: The first phase is worth $2.4 billion. resulting in the production of two billion cubic feet of gas from phase 11. The value of the second phase is also $2.4 billion.
Total will operate the SP11 project with a 50.1 percent interest. while Iranian Petropars company will have a share of 19.9 percent and the Chinese CNPC 30 percent.