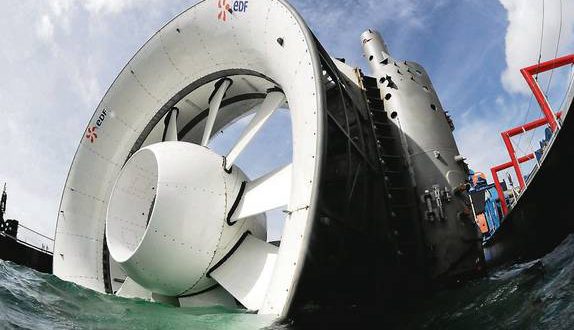 Ireland is `ideally positioned` to become a global leader in wave and tidal energy production. according to the organizer of an international conference being held in Cork at the end of this month.
More than 400 experts. entrepreneurs and researchers will attend the European Wave and Tidal Energy Conference in Cork this month.
`With our outstanding infrastructure. research capabilities and abundant supply of wild ocean around Ireland. we are ideally positioned to become a global market leader in wave and tidal energy as well as a provider of ocean energy technology and solutions.` said Tony Lewis. the organizer of the conference.
Among the firms attending the event are OpenHydro. Ocean Energy. SeaPower and a number of SMEs that serve the sector.
`Creating jobs. providing clean energy. protecting our environment and harnessing the blue economy are all reasons why ocean energy is important for Ireland and globally.` said Mr Lewis.
The European Union has set itself a target of 100 gigawatts of energy that must be created within the trading bloc from marine resources by 2050.
Ireland currently generates 10 gigawatts of power every year.
A 2014 government report concluded that. in an anticipated best-case scenario. Ireland could generate as much as 4.500MW from offshore wind projects and 1.500MW from wave and tidal power schemes without likely significant adverse effect on the environment.
The Government financially supports the Ringaskiddy-based Centre for Marine Renewable Energy Ireland. which includes researchers from universities around the country.