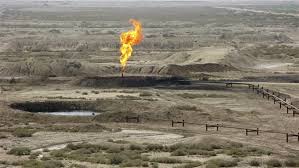 A leading Indian energy company has announced that it has presented an offer to Iran to develop its Farzad B gas field through an investment that it says could reach as high as $11 billion.The offer was presented by ONGC Videsh Ltd (OVL). the overseas arm of state-owned Oil and Natural Gas Corp (ONGC). and involved an integrated package comprising both producing gas at the field and cooling it into liquefied natural gas (LNG) for exports.  OVL Managing Director Narendra Verma was quoted by the media in New Delhi as saying that his company was waiting for a response from Tehran to what he described as “the best offer“ to develop the gas field which is located in Iran’s share of the Persian Gulf.   `We are ready to invest provided we get reasonable returns.“ Verma was quoted as saying by the Business Standard.`We have given them our best offer. Now. it is up to them to agree or not agree.`  The investment includes $5.8 billion for developing Farzad B and another $5 billion to build a facility to liquefy the gas and export it as liquefied natural gas (LNG).`We will get the project the day we accept their conditions. But for me to go ahead and make such investments. it has to bring reasonable returns and making economic sense.` he said without elaborating.
Iran’s Petroleum Minister Bijan Zanganeh said in May that an initial deal had been signed with Russia’s Gazprom over the development of Farzad B.The Business Standard wrote in its report that the Islamic Republic had still kept the door open for OVL’s investments into the project which it said had been discovered by the same company.
Farzad B was discovered by OVL in the Farsi block about 10 years ago. The project has so far cost the OVL-led consortium. which also includes Oil India Ltd and Indian Oil Corp (IOC). over $80 million. the daily further added in its report.