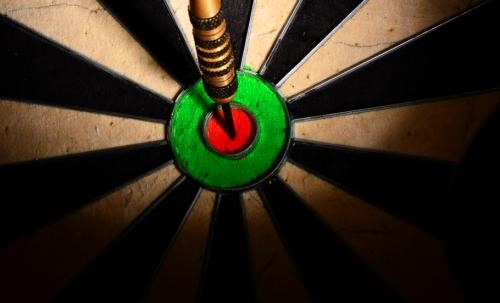 With the proverbial elephant in the room being parent company GE’s evaluation of exit options for its stake in the newly formed Baker Hughes Inc. a GE company. the oilfield service player is focusing on synergies while delivering value for customers and positioning itself for the future.

This involves technology and innovation with a continued focus on R&amp.D in the face of challenging times for some parts of the business and growth in others.

“Despite continued market headwinds in 2017. we maintained our commitment to invest in research and development as technology and innovation remain core to our strategy.“ BHGE CEO Lorenzo Simonelli said during the company’s Jan. 24 earnings call. “We invested approximately $600 million in R&amp.D in 2017. BHGE’s efforts in 2017 resulted in over 680 U.S. patent grants and installed over 240 new product launches.“

The technology focus is expected to continue for the company. which has plans for launches this year. The market downturn. which started in 2014 and sent oil prices below $30 bbl at one point. crippled oilfield service providers like BHGE. Halliburton Co. and Schlumberger Ltd. as oil and gas companies cut back spending given the oversupplied market. Technology took on a growing role in helping the industry operate more efficiently and keep costs low.

As market conditions improve with the price for a barrel of West Texas Intermediate crude going for more than $66 per barrel on Jan. 25. industry players are gaining confidence with plans to step up spending in some areas. Survey results released Jan. 25 by DNV GL showed that 36% of the 813 players surveyed expect to spend more on R&amp.D and innovation this year. The technical advising firm noted that this is the highest level recorded in four years.

“It is encouraging to see fresh impetus to accelerate R&amp.D investment and initiatives that focus on improving efficiency and production.“ Frank Ketelaars. regional manager. the Americas. for DNV GL–Oil &amp. Gas. said in a statement.

During the earnings call. Simonelli said BHGE has been focused on introducing new technology aimed at lowering development costs. including for subsea fields—a segment of the industry that was hard hit by the downturn and is still slowly recovering.

“For example in 2018 we will launch our next-generation horizontal subsea tree. which will lower weight by approximately 40% and total cost by approximately 50% compared to conventional trees with similar functionality.“ Simonelli said. “We are also commercializing new composite technology in our flexible riser portfolio that reduces cost. weight. installation time and will improve CO2 performance beyond conventional designs.“

In addition. “Another area of innovation is our modular compact subsea pump technology that is significantly smaller and easier to deploy in brownfield developments on existing infrastructure.“ he said. “This has the potential to improve well performance at a minimal cost.“

He later added that combined with the company’s ability to develop local content plus financing capabilities. these products and cost-cut efforts are critical and proving effective with customers.

BHGE highlighted some of its technologies in its fourth-quarter 2017 earnings release. The completions unit is targeting technologies that aim to “achieve longer laterals. frack more stages at once. and produce larger fractures without compromising the well’s integrity.“

Simonelli said the company is developing fullstream solutions in areas such as gas and subsea. The aim is to lower costs. improve efficiency. decrease nonproductive time and increase throughput.

“Delivering on this strategy will help our customers meet their goals and in turn help BHGE grow market share. expand our margins and generate strong cash flows.“ he said.

Meanwhile. BHGE continues to deliver on synergies related to its July 2017 merger with GE Oil &amp. Gas. Simonelli said the company was on track to achieve the planned $700 million in synergies from the merger this year. Under the agreement. GE could not exit until mid-2019.

Simonelli later added that the company would still have access to certain GE technologies and products as part of an agreement reached when BHGE was created.

“What I can assure you is that I run a strong independent company with a focus on executing our strategy for the benefit of our customers and all of our shareholders. … The majority of the value creation is within our control and we feel very good about that.“ Simonelli said. “We’ve got a strong governance and operating model in place. We’re well positioned to execute and deliver our commitments to shareholders in any structure going forward. …We’ll keep you informed as we hear more.“

BHGE reported revenue of $5.8 billion for fourth-quarter 2017. up 7% from the previous quarter but down 3% compared to a year ago.