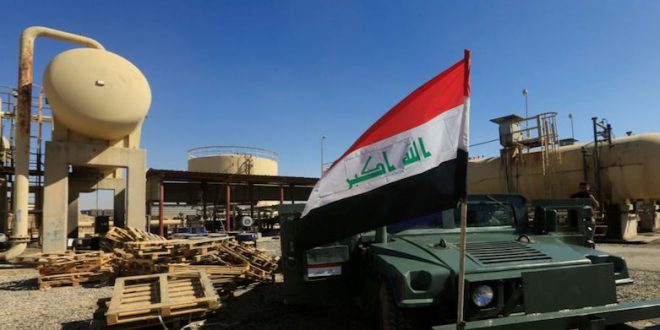 Iraq will Begin Oil Export to Iran this Month

Iraq will begin the export of crude oil from oil fields in northern Kirkuk to Iran this month. Kirkuk’s acting governor said on Monday at a donor’s conference for the reconstruction of Iraq held in Kuwait.

Rakan al-Jabouri. the deputy governor of Kirkuk. told Reuters that the Iraqi government would start the transport of oil from the province to fields in Iran at a rate of 60.000 barrels of oil per day (bpd) without providing further details.

The deal allows Iraq to resume the production and sale of crude from Kirkuk where between 30.000 to 60.000 bpd will be delivered by tanker trucks.

The agreement was signed after the military takeover of the disputed oil-rich province by Iraqi forces and the Iranian-backed Hashd al-Shaabi militias in response to the Kurdistan Region’s independence referendum in September.

Kurdish forces took control of the province in 2014 following the emergence of the Islamic State (IS) and the collapse of the Iraqi army.

Kirkuk is one of the largest oilfields in the Middle East. estimated to contain around nine billion barrels of recoverable oil.

The transport of crude was supposed to begin before February. but oil officials in Iraq said the delay was “technical in nature.“

Iraqi forces later announced the launch of a military operation to consolidate control of an area near the Iranian border to be used for the export of Iraqi oil. according to the Iraqi army.

The operation is taking place in the south of Kirkuk Province against a militant group known as the “White Flag“ which is comprised of Sunni fighters of various backgrounds fighting against Iraqi security forces. namely the Hashd al-Shaabi militias.