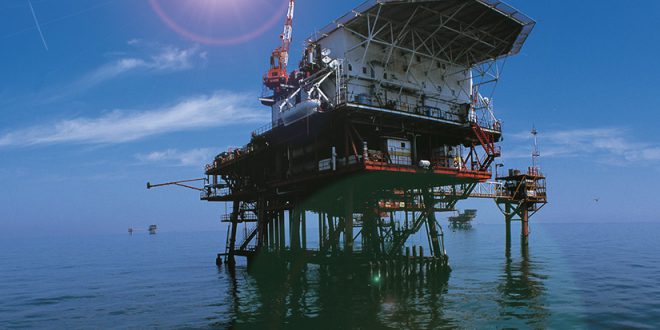 Zohr is a game-changer for Egypt as it will remove the need to buy in expensive foreign gas. thereby bolstering the nation’s depleted foreign exchange reserves.

And it means Egypt could eventually be a net exporter of gas to countries throughout the Middle East and North Africa.

But renewables are the latest target of the Egyptian government following a decision by IFC. the investment arm of the World Bank. to help bankroll the new Benban Solar Park. near Aswan. which will become the largest in the world.

According to a Wood Mackenzie report. a total of 16 development banks have agreed to provide debt. two other institutions have come through with equity and the World Bank’s Multilateral Investment Guarantee Agency has coughed up $210 million worth of political risk insurance to fund the complex.

“So far. there are 25 project developers and sponsors from all over the world in negotiations and planning to build at Benban.“ according to WoodMac.

Last month. the American embassy in Cairo issued a statement saying a new curriculum developed by the US Agency for International Development (USAID) in partnership with the Egyptian ministry of education would help more than 300 technical school students in Aswan and Hurghada specialize in renewable energy “and prepare them for employment in Egypt’s promising solar and wind power sectors.“

The embassy said the three-year diploma program was the first of its kind in Egypt and supported Egyptian government’s plan to meet 20 percent of its electricity needs through renewable energy by 2022.

“The program will provide skilled labor for power plants such as the Benban Solar Park in Aswan. where 40 solar stations will help meet Egypt’s increasing demands for electricity.“ it said.

The curriculum is being piloted in three technical schools in Aswan and Hurghada and will eventually expand to 57 schools in nine governorates. The coursework combines classroom instruction and practical experience to produce technicians capable of immediately contributing to the renewable energy sector.

“The launch of this new curriculum could not be more timely.“ said Sherry Carlin. USAID’s mission director. at the program launch at Benban Technical School. “Employers such as engineering companies and renewable energy firms need to hire people with skills and experience. and this new technical education program trains students to become skilled technicians who are qualified for these jobs.“

Egypt is also developing wind energy. The US government body export.gov said on its website: “Egypt possesses high wind speeds. making it a prime location for renewable energy sources. (Egypt) currently has about 500 MW of wind power plants in operation and 1340 MW under implementation and development. The plan is to generate 7.2 GW (12 percent of generated electricity) from wind by 2022.“

At the same time. the country’s economy. now the second-largest in Africa after Nigeria. is looking healthy. according to Wood Mackenzie.

The IMF has said the economy has shown signs of stabilization. with inflation moderating and international reserves reaching their highest level for seven years.

A recent IMF “health check“ said: “The economy is recovering. supported by prudent macroeconomic policies and initial bold reforms aimed at addressing the major challenges that have confronted Egypt in recent years.“

The task now was to deepen reforms to raise economic growth. and spread the benefits to Egypt’s rapidly growing population. especially its youth and women. said the IMF.