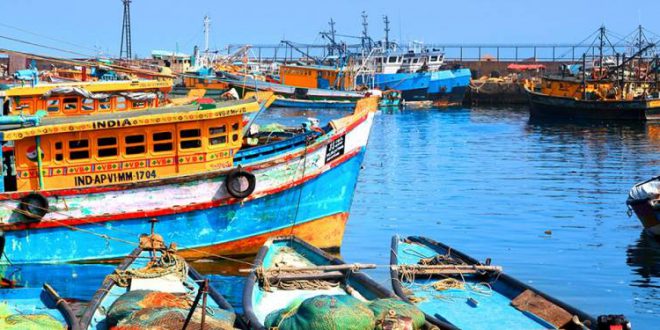 India may not Cut Oil Imports from Iran

US President Donald Trump’s move to reimpose sanctions on Iran after more than two years of reprieve given to the Persian Gulf country could keep global crude prices elevated in the short to medium term. analysts reckon. Imminent production cuts by Iran come at a time when global supplies are already hit by falling crude production in Venezuela. increasingly a key supplier to India. Even though only 10% of India’s oil imports was from Iran in FY18. a cut in oil exports by Opec’s third-largest oil producer could manifest in India’s twin deficits — current account and fiscal. Sweet-grade Brent crude has around 28% representation in the Indian import basket. “As far as quantity of import from Iran is considered. there are alternatives. Also. comparable grade of oil is also available. However. there were discounts given by Iran (which others may not offer).“ said MK Surana. chairman and managing director. Hindustan Petroleum Corporation (HPCL).

Tehran provides Indian importers a credit of 90 days compared with around 30 days by other suppliers. Iran is the third-largest supplier for the country after Iraq and Saudi Arabia. Analysts feel that India could even keep the current level of purchases from Iran despite the US move. “While nations such as China. India and Turkey may oppose the US move and keep current levels of Iranian crude purchases. American allies including Japan and South Korea may comply because of concerns they could lose a security umbrella against North Korea.“ Bloomberg quoted MUFG Bank as saying. According to Dilip Khanna. partner with EY. though there could be a negative impact on India. the fine print of the sanctions have to be seen.

“Since Europe is not part of the sanctions as was the case last time. it will not reset the clock to that extent.“ added Khanna. Unlike the last sanction era when more than 1 million barrels per day became out of reach for the global market due to sanctions on Iran. at present. 300.000-500.000 barrels per day will be the impact given the country has not been able to ramp up its production since the sanctions. HPCL’s Surana added that India during the past sanction era India found out a way to trade with Iran (paying in rupees) and people have lessons from the past. adding that it is too early to take a call. Currently. India pays Iran in euros through European banking channels and if European nations are not part of the sanctions. it can continue to pay through the same channel. There is still time before sanctions are actually imposed. According to a Nomura report. “The Treasury Department noted that ‘Departments and Agencies will begin the process of implementing 90-day and 180-day wind-down periods for activities involving Iran that were consistent with the US sanctions relief specified in the JCPOA’.“ The renewal date of sanctions is May 12. 2018.

Experts believe that the US move would bring uncertainty to prices. “The US calling off the nuclear deal with Iran and proposing sanctions on it is unsettling from a geopolitical viewpoint and will subject oil prices to huge volatility. This is. obviously. of grave concern to India. that imports more than 83% of its oil consumption.“ said Debasish Mishra. partner at Deloitte Touche Tohmatsu India. Brent crude oil jumped 3% on Wednesday and touched its peak since November 2014 at $77.20 per barrel. The Indian basket of crude on May 8. 2018. was at $73 per barrel. Surana believes that the increase in price of Brent is speculative in nature rather than reflecting physical activities at the production sites. “Fundamentals suggest that (up to) $70 per barrel is normal crude oil price.“ he added. Trump has decided to withdraw JCPOA. also called the Iran Nuclear Agreement. which was agreed upon in 2015 with the UK. France. Germany. Russia. China wherein the Persian Gulf country was to curb its nuclear programmes in return of lifting financial sanctions.