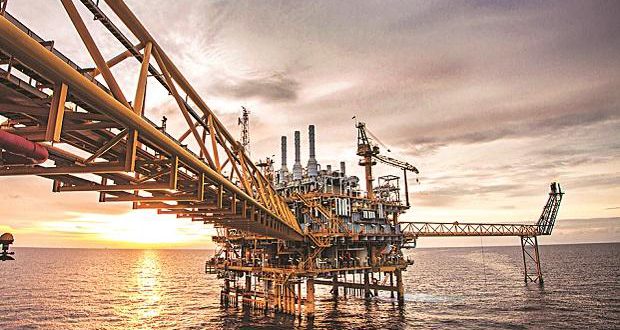 Oil fell near $64 a barrel as Saudi Arabia and Russia prepared for a clash with allied crude producers over whether to lift output and as China and the US exchanged threats over trade.

Futures in New York dropped as much as 2.3 per cent. on course for the lowest close since April 9 after a 2.7 per cent decline Friday. Iran says Venezuela and Iraq will join in blocking a proposal to increase production that’s backed by Saudi Arabia and Russia when OPEC and its allies meet in Vienna this week. China said it would impose tariffs on a variety of US goods. including crude and gasoline. in response to President Donald Trump’s $50 billion levy on Chinese imports.

Crude has dropped more than 10 per cent from its high in May amid signs Saudi Arabia and Russia are seeking to lift output curbs that have eliminated a global surplus and boosted prices. Meanwhile. traders are trying to digest the impact from both the US and China issuing tariffs on goods and the threat of a broader trade war between the world’s two largest economies.

“Oil is down in a knee-jerk reaction to possibilities of a trade war intensifying between the US and China. and OPEC’s production increase breaking the demand and supply balance.“ Takayuki Nogami. chief economist at state-backed Japan Oil. Gas &amp. Metals National Corp.. said by phone from Tokyo. “If the US and China continue to retaliate and Saudi Arabia and Russia keep signaling a production increase. that will further weigh on prices.“

Brent futures for August settlement lost as much as 99 cents to $72.45 a barrel on the London-based ICE Futures Europe exchange. The contract dropped $2.50 to $73.44 on Friday. The global benchmark crude traded at a $9 premium to WTI for the same month.

Trading on the Shanghai International Energy Exchange is closed for a Chinese public holiday. The contract fell 0.2 per cent on Friday.

Investors are looking ahead to what could be the most contentious OPEC meeting in recent years. On the one side is Saudi Arabia and Russia. who want to relax the quotas as soon as next month. In the other corner is Iran. Iraq and Venezuela. who are threatening to veto the Saudi-Russian proposal.

“If the Kingdom of Saudi Arabia and Russia want to increase production. this requires unanimity. If the two want to act alone. that’s a breach of the cooperation agreement.“ Iran’s OPEC representative Hossein Kazempour Ardebili said.

The group’s main event begins Friday. and while Saudi Arabia has already said it’s inevitable that the bloc will lift output after the meeting. the question remains whether there’ll be an official agreement.

Meanwhile. the brewing trade war between the US and China also stole investor focus and caused nervousness across markets. The yen and gold gained on increased demand for safe-haven assets. while the dollar edged higher after Treasury yields steadied.

President Trump said that the US will impose tariffs on $50 billion in Chinese imports. with the first wave of tariffs to cover $34 billion of goods and take effect July 6. In response. China quickly issued a list of product categories. covering about $34 billion in exports from the US. to be subject to an additional 25 per cent tariff starting July 6. A second set of China’s duties to begin at a later date listed other goods including coal. crude oil. gasoline and medical equipment.