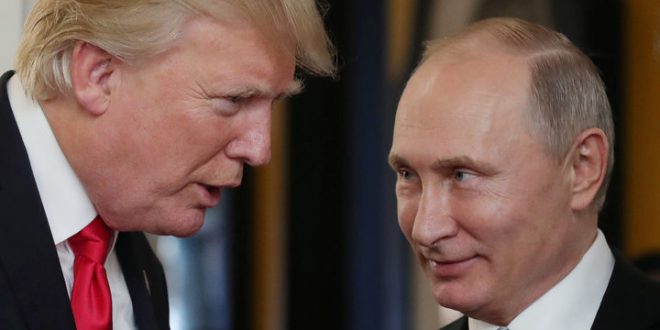 Putin and Trump to Discuss Oil Prices at Summit in Helsinki

President of Russia Vladimir Putin and US leader Donald Trump are going to discuss oil prices at the summit in Helsinki. reports Kommersant.

`The Presidents of US and Russia D. Trump and V. Putin are going to discuss the situation on the world oil market at the summit in Helsinki. The Russian side is ready that the US leader will raise the question about additional increase of oil production in order to lower petrol prices in the US before the election in the US Congress.` reads the message.

As it was reported. D. Trump repeatedly called OPEC to increase oil production in order to lower the prices for hydrocarbons.