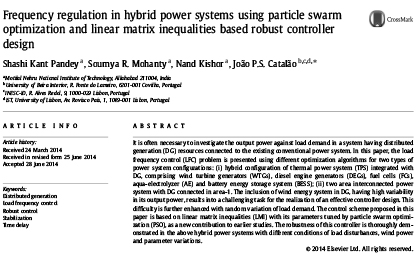 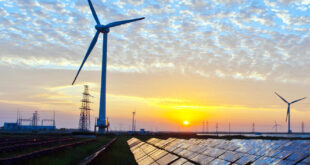 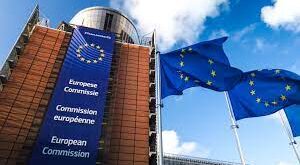 In this paper. the LFC problem was presented using several control algorithms for the power system consisting of different energy sources. The new contribution of this research was the successful simulation of the proposed PSOLMI controller. demonstrating superior performance as compared to other controllers. The results illustrated superior control effort and guaranteed robust performance as compared to H1. LMI-LQR and GALMI controllers. against various uncertainties such as wind power variation and load change. The PSOLMI controller effectiveness on minimizing frequency deviation was validated for a variation in the parameters of about ±۳۰% from nominal value. Hence. it was shown that PSOLMI controller has adequate disturbance rejection properties and thereby robustness in its performance. This improves system reliability. minimizing grid frequency oscillation and enhancing closed loop stability. Further. the comparison of the dynamics of case studies 1 and 2 suggested increased amplitude and oscillation of frequency deviation profiles in case of existing thermal with DG resources that are interconnected to another thermal system. 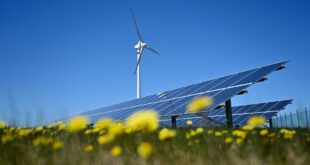