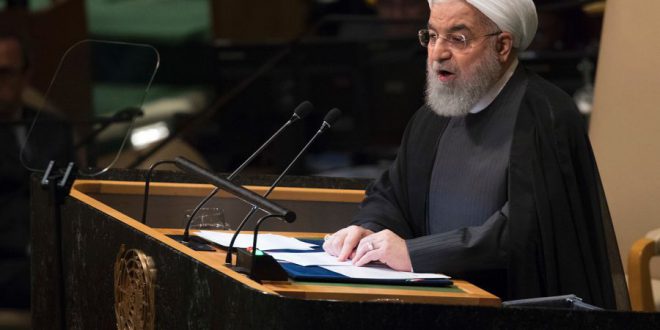 Rouhani: US Sanctions are Economic War 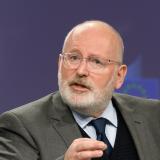 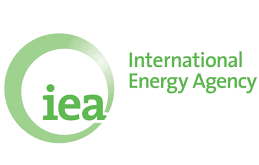 Iranian President Hassan Rouhani accused the United States on Tuesday of trying to overthrow his government. rejecting bilateral talks after President Donald Trump predicted stepped-up U.S. sanctions would get Tehran to negotiate over its nuclear program.

Addressing world leaders at the U.N. General Assembly. Rouhani accused the Trump administration of violating `state obligations` from the Obama administration by withdrawing from the 2015 nuclear deal that Iran signed with the U.S. and five other major powers.

`On what basis and criteria can we enter into an agreement with an administration misbehaving such as this?` Rouhani asked. `It is ironic that the U.S. government does not even conceal its plan for overthrowing the same government it invites to talks.`

Rouhani invited the U.S. to come back to negotiations within the U.N. Security Council. which endorsed the nuclear deal. There. he said. both sides can listen to each other.

`Beginning the dialogue starts with ending threats and unjust sanctions that negate the principles of ethics and international law.` he said.

Rouhani. in his General Assembly speech. targeted Trump in language if not directly in name. He condemned `recklessness and disregard of some states for international values and institutions.`

Rouhani laid into leaders who believe they can `ride public sentiments and gain popular support through the fomenting of extremist nationalism and racism` and through what he called `xenophobic tendencies resembling a Nazi disposition.`

Rouhani also said U.S. sanctions against his country amount to an `economic war` that`s disrupting trade and will harm people beyond Iran.

Trump`s administration has reinstated sanctions on Iran after pulling Washington out of the multinational 2015 nuclear deal with Tehran. Trump says the deal was a `horrible` agreement that didn`t do enough to contain Iranian `aggression.`

In remarks earlier Tuesday. Trump predicted that the pressure from renewed sanctions would force Iran back to the table to negotiate.

But Rouhani noted that Iranians has endured sanctions before and `can overcome this difficult phase as well.`

Previous Life Cycle Assessment of a multi-use offshore platform: Combining wind and wave energy production
Next Brent Oil Is Likely to Stabilize in $70-$80 per Barrel Range into Year-End