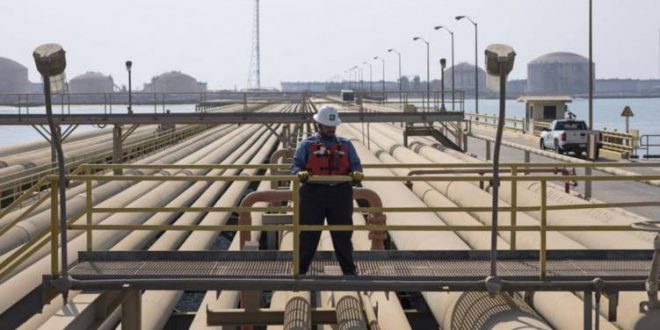 Aramco sold the shipment of liquefied natural gas from Singapore. Chief Executive Officer Amin Nasser told reporters. without giving additional details. Aramco’s trading subsidiary sold the cargo last month to an Indian buyer. according to a person with knowledge of the matter.

State-run Aramco seeks to become a major player in the gas industry and is looking for potential joint ventures and partnerships. Nasser said in Riyadh. There is a lot of potential to grow our gas in the kingdom. At the same time. we are looking at international gas.

The LNG deal is the latest example of Aramco’s effort to expand outside its historical business of pumping and selling crude. The company plans to buy a controlling stake in the Middle East’s largest petrochemicals maker. Saudi Basic Industries Corp.. and is investing in refineries in Asia and beyond.

While it doesn’t produce LNG itself. Aramco has been looking at gas assets in Arctic Russia and Africa. Saudi Energy Minister Khalid Al-Falih said Wednesday in Riyadh. In January. it hired an employee from Singapore’s Pavilion Energy Pte Ltd. to develop its LNG business. focusing on trading and marketing.

Saudi Aramco Products Trading Co.. which made the first LNG sale. has expressed interest in selling cargoes of the fuel on a spot or short-term basis to Pakistan. Nadeem Babar. head of Prime Minister Imran Khan’s task force on energy reforms. said earlier this month. Aramco planned to send a delegation to Pakistan to discuss the proposal further. he said.

Aramco also wants to develop Saudi gas resources and plans to almost double gas production in the kingdom over the next 10 years. Nasser said.

For the first time ever. we will be exporting gas either by pipeline or as LNG from Saudi Arabia. he said. For gas. we will be a major player.

Gas emits less carbon than oil or coal when burned and is expected to be the fastest-growing fossil fuel. with global demand forecast to rise 43 percent through 2040. compared with 10 percent for oil. according to the International Energy Agency. Saudi Arabia plans also to boost its use of gas at home to replace crude as a fuel for power plants.