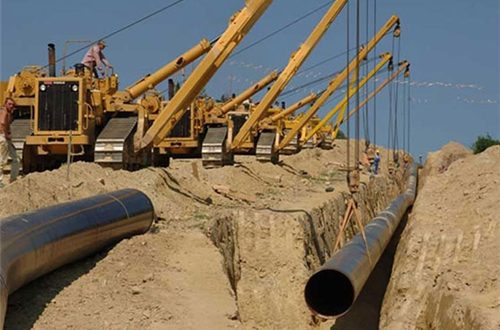 According to the court ruling. Turkmenistan must pay compensation to Iran for sudden cut in gas supplies during the winter. an informed source at the Iranian Ministry of Petroleum told FNA.

During the two years since Iran`s filing of a complaint against Turkmenistan for cutting gas supplies in the winter of 2007. Iran provided credible evidence that showed the country was not authorized to do so. the source said. Hence. Turkmenistan must pay compensation to Iran.

Turkmenistan stopped gas exports to Iran. demanding quick payment of what it views as arrears which are disputed by Tehran.

The row is related to Iran’s imports of gas for distribution in its Northern provinces which are close to Turkmenistan. because Iranian natural gas fields are mostly located in the country’s South.

Turkmenistan claims that Iran owes it about $1.8 billion. but Oil Minister Bijan Namdar Zangeneh has said the figure is not correct.

The halt happened at a time when Iranian regions that depended on Turkmen gas deliveries were experiencing some of the coldest weather in 30 years.

Turkmenistan pounced on the occasion to demand a nine-fold hike which pushed the price up to $360 from $40 for every 1.000 cubic meters of gas. It prompted one Iranian official at the time to describe Ashgabat`s behavior as attempted blackmail.

Tehran imported about 23 million cubic meters of gas per day from Turkmenistan before the outbreak of the dispute.

Later that year. Iran inaugurated a gas pipeline which officials said would dispense with supplies from Turkmenistan.

Late in January this year. Iranian Deputy Foreign Minister Seyed Abbas Araqchi and his Turkmen counterpart Vafa Hajiov conferred on ways to further broaden political and economic cooperation between Tehran and Ashgabat. and emphasized the need to find new capacities in bilateral relations. specially in energy and transit fields.

They agreed to update the roadmap for the expansion of the two countries` ties in light of the new developments.