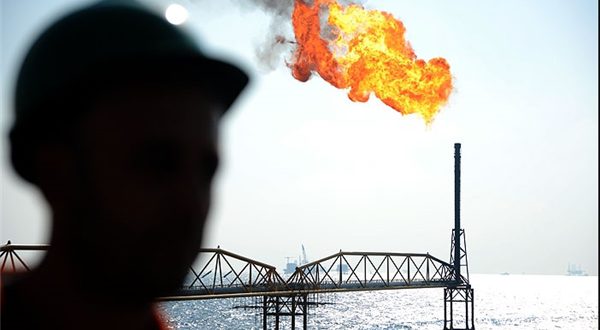 Ahmad Mohammadi. who serves as the CEO of the National Iranian South Oil Company. said on Sunday that flaring. the controversial practice of burning off gases through stacks at oil fields. will stop by 2022 in at least four locations south of Iran based on deals signed with two major Iranian companies.

Mohammadi said the companies. namely the Maroun Mechanic and Persian Gulf Petrochemical Industries Company. have committed as part of deals signed last year to pipe the gases to nearby plants and refineries.

He said old flare stacks near Ahvaz. a major provincial capital Southwest of Iran. as well as in Aqajari. Gachsaran and Maroun. will be dismantled at the end of the projects.

The official said the projects would seriously improve energy efficiency at petrochemical facilities south of Iran while they would also help increase production and storage of oil in the area.

He said talks were underway to carry out similar flaring projects at Masjed Soleyman. where some of the oldest Iranian oil facilities are located.

Iranian officials said last month that the country was planning to economically and technically benefit from a huge stock of flared gas that is currently wasted through stacks in refineries and oil fields.

Estimates suggest that there are about 16 billion cubic meters (over 52 billion cubic feet) of the gas that can be used for various economic purposes. including power generation.

The implementation of flaring projects in Iran comes as the country faces an unprecedented wave of sanctions on its oil and gas industry. limiting its ability to engage with foreign companies who have experience in the field.