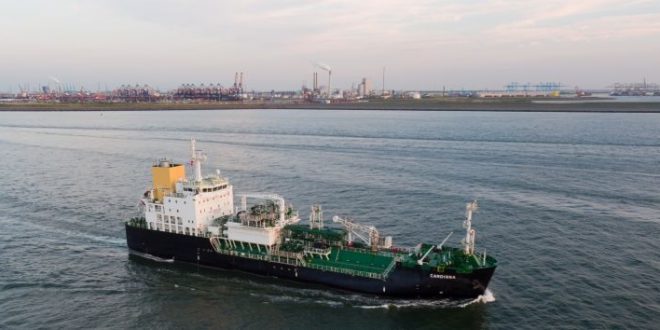 Shell has expanded its LNG transport and delivery capabilities. entering into a chartering agreement for an unnamed. 3.000 m³ bunker barge and welcoming a new LNG bunker vessel. Cardissa. to its home port.
The long-term bunker barge charter was agreed 11 August. between Shell and Victrol NV and CFT for a vessel that will operate on Europe’s inland waterways from its base in Rotterdam. the Netherlands.
Rotterdam also saw the arrival of Shell’s new 6.500 m³ LNG bunker-supply ship on 10 August. Cardissa will give Shell added capacity to reach marine fuel customers in European ports in northwest Europe that require sea travel from Rotterdam’s Gate terminal.
“LNG as a marine fuel has an important role to play in the future energy mix.“ said Shell Energy executive vice president Steve Hill. “With these bunker vessels. as well as the Gate terminal. Shell is demonstrating its commitment to building a robust and reliable supply chain to meet customer needs. With tougher emissions regulations on the horizon. we will continue to work closely with our customers and partners on cleaner energy solutions.“
Shell has a number of investments in maritime LNG. including a joint venture with Keppel Marine to develop LNG-bunkering services in Singapore and a signed framework agreement with Qatar Petroleum for the development of bunkering infrastructure at strategic locations in Europe. the Middle East and Asia. The company will also supply marine LNG for the world’s first LNG-powered Aframax crude oil tankers. according to its general manager for downstream LNG. Lauran Wetemans.
However. Shell is not the only company investing in LNG. Five LNG newbuildings will be delivered in 2017 and more have been ordered.
A spokesperson for Shell said Cardissa is operational. but not delivering bunkers and did not confirm a timeline. saying delivery was expected in coming months. The as-yet-unnamed barge. referred to internally as LBB. is not expected to begin deliveries before the end of 2018.
Cardissa was cofinanced by the European Union’s Connecting Europe Facility and left the STX Offshore &amp. Shipbuilding yard at Jinhae. South Korea in May. stopping in Singapore to load. en route to its future home port at Gate Terminal in the Netherlands. 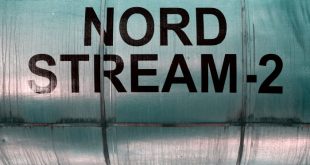 Remote, quiet but energy-rich: the coastal area of Lubmin in north Germany hosts the world’s …