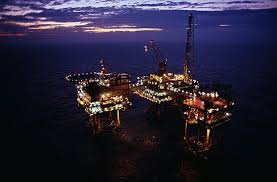 The National Iranian Oil Company is weighing up whether to hand over the development rights of a joint oilfield in western Iran to European firms or Thailand`s state oil company.
According to Shana. the Oil Ministry’s official news agency. NIOC’s Department of Reservoir Management is assessing development proposals for Changuleh Oilfield in Ilam Province by Norwegian oil and gas company DNO. Russia’s Gazprom Neft and Thailand’s state-owned PTTEP. The oilfield. located near the Iraqi border. is estimated to hold 7 billion barrels of oil reserves. Production is expected to go as high as 75.000 barrels per day upon completion.
Karim Zobeidi. the head of the department. said this month that different committees are scrutinizing the proposals presented to expand four major oilfields. namely the onshore Abteymour and Mansouri oilfields in Khuzestan Province as well as Changuleh and Yadavaran oilfields near the Iraqi border. ISNA reported. According to Zobeidi. proposals are first studied in a technical committee headed by Oil Minister Bijan Namdar Zanganeh and then scrutinized by another team called `consulting committee` that comprises top oil experts.
Changuleh was discovered in 1999 as a result of explorations conducted by a consortium comprising Russia’s Lukoil and Norway’s Statoil. The field`s development is estimated to require an investment of $2.2 billion.
Officials in Tehran have already speculated that Changuleh could be linked to another major nearby field named Azar that is believed to be shared with Iraq`s Badra field.
According to Zanganeh. Tehran aims to sign 10 new oil and gas deals by the end of the current fiscal year (March 20. 2018).
Royal Dutch Shell. Germany`s Wintershall. Austria`s OMV. Total. Italy`s Eni. Denmark`s Maersk. Pertamina. ONGC. Rosneft. China`s CNPC and Sinopec. as well as Petronas. are among companies approved to compete for oil and gas projects.