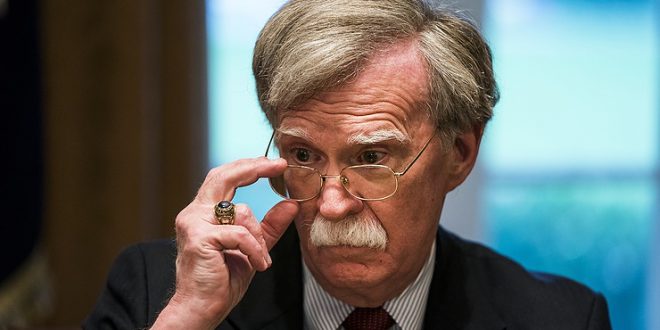 US May Explore and Produce Natural Gas in Ukraine

Earlier. the US President`s National Security Advisor berated the EU for its attempts to `tie itself to Russian energy supplies` by supporting the Nord Stream 2 gas pipeline project.

President Donald Trump`s National Security Advisor John Bolton has not ruled out that US energy companies may be interested in the exploration and production of natural gas in Ukraine.

He also said that the development of Ukraine`s energy sector allows Kiev to produce gas in volumes which are approximately `sufficient` to meet `its own domestic need for natural gas.`

Speaking after talks with Ukrainian Prime Minister Volodymyr Groysman earlier this week. Bolton slammed the EU for tying itself to Russian energy supplies and supporting the Nord Stream 2 gas pipeline.

According to Bolton. there are several solutions for the EU and Ukraine to reduce their dependency on Russian gas. including purchases of fuel from Israel or imports of liquefied natural gas (LNG) from the US.

Washington and Brussels have repeatedly expressed concern that after Nord Stream 2 is put into operation. Russia would abandon its use of the oil pipeline it has relied on to send oil west to the countries of the European Union.

Russian President Vladimir Putin. for his part. assured that Ukraine would continue to play a role in gas transit from Russia to Europe after the launch of the new pipeline.

Nord Stream 2 stipulates the construction of two gas pipelines running from the Russian coast north of St. Petersburg through the Baltic Sea to a hub in northeastern Germany.

The project is a joint venture between the Russia`s Gazprom and the French company Engie. the Austrian firm OMV AG. Royal Dutch Shell. as well as two German companies. Uniper and Wintershall.

The pipeline. due to be put into operation in 2019. is expected to deliver 55 billion cubic meters of Russian natural gas per year to the European Union by sending it to Germany via the Baltic Sea.