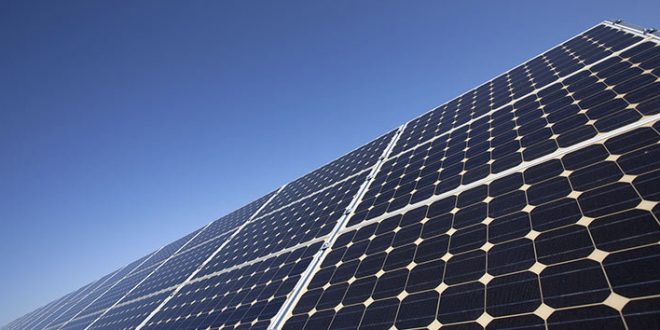 The world’s biggest solar company is tapping the hydrogen sector to reduce its global carbon footprint further.
China’s Longi Green Energy Technology Co. has set up a stand-alone unit for hydrogen-related equipment and aims to make this clean energy more affordable.
“There is no doubt that renewable energy will help cut emissions. However, there are some energy-intensive sectors like steel that cannot shift to renewable energy. That provides opportunities to the hydrogen sector,” said Wang Yinge, deputy general manager of the company.
Longi planned to set its foot into the hydrogen sector years ago as energy companies are increasingly turning to hydrogen as an ideal replacement for polluting fuels.
Currently, there are three ways to produce hydrogen. The names of the end-product vary based on their production process.
The majority of the energy is currently produced from fossil fuels, called “grey hydrogen,” resulting in huge emissions of carbon dioxide gas. “Blue hydrogen” is also made from fossil fuels but uses carbon capture and storage technology.
In comparison, “Green hydrogen” is the most environmental-friendly process which produces hydrogen through electrolysis. It is considered clean as it comes mostly from renewable power sources like solar energy, and the manufacturing process produces water vapor as a by-product.
China is the world’s largest hydrogen producer, producing about one-third of the world’s production volumes, according to S&P Global. But most of it comes from fossil fuels, making it essential to promote green hydrogen.
Currently, green hydrogen accounts for about one percent of China’s total hydrogen output, said Zeng Tao, Executive Director at China International Capital Co., Ltd.
“By 2060, production is expected to reach nearly 100 million tons, while the market value will rise to 2 trillion yuan ($309 billion), or nearly 200 times the current size,” he said.
The biggest roadblock now is the high cost. So Longi is now exploring ways to reduce overall costs.
About 60 kilowatt-hours of electricity is needed to produce 1 kilogram of hydrogen, according to Wang.
The company said that there are three ways to reduce costs: improving the efficiency of solar panels used for hydrogen generation, reducing non-technical expenses such as taxes, and reducing electrolyze price, which has already dropped by 60 percent in the past decade.
The hydrogen industry has been incorporated into China’s 14th Five-Year Plan – as one of six future industries. It has been cranking up investment into the sector.
“It is absolutely possible to replace gray hydrogen with the cleaner green variety,” said Zeng, adding that he expects that to happen by 2040.
Longi is also looking to expand its footprint in other markets outside China, where it has already forged several partnerships with leading international solar firms.
The company said that more supportive policies are needed from the government to develop the sector further.