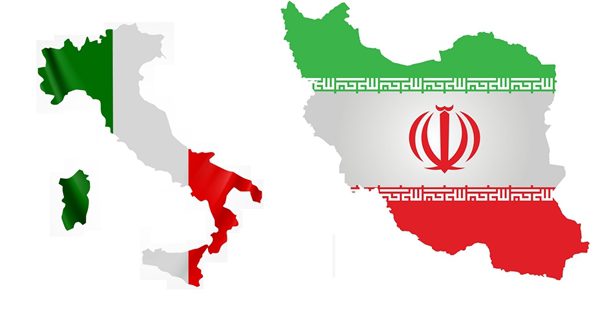 Italian Ambassador to Iran Giuseppe Perrone. in a meeting with Chairman of Tehran’s Chamber of Commerce. Industries. Mines and Agriculture (TCCIMA) Masoud Khansari. said that his country’s firms and companies are enthusiastic to have a bigger share of the market in Iran.

Two sides are interested in developing bilateral relations. Perrone said during his Saturday meeting with Khansari. adding that Italian firms are still keen to be active in the Iranian market and are present at most of the exhibitions held at the Tehran International Permanent Fairground.

An Italian trade delegation traveled to Iran recently to negotiate with some Iranian companies which demonstrate Italy`s interest in maintaining and developing relations with Iran. he noted.

The embassy tries to help Italian and Iranian companies gain a better and deeper understanding of the two countries` markets and find areas of cooperation. Perrone highlighted.

Emphasizing the need to improve banking relations between the two countries. the envoy said Italy is trying to maintain the communication channels with Iran despite all the controls on banking relations.

In this regard. an Italian banking delegation will come to Iran in the near future. he added.

Italian ambassador stressed the need for continued communication between the Tehran Chamber of Commerce and the Italian Embassy in order to coordinate the implementation of joint programs and efforts to remove small and large barriers to the development of economic and commercial relations between the two countries.

Khansari. for his part. said that unfortunately. the political and economic relations between Iran and Italy have been affected recently by sanctions and significantly reduced.

The Tehran Chamber of Commerce welcomes any cooperation with the Italian Embassy and the private sector to develop cooperation. he added.

He expressed hope that the Italian Embassy facilitates the relationship between businesspersons of the two countries. as well as reduces the impact of the sanctions on economic relations.

Although sanctions have created problems for the Iranian economy and have slowed foreign trade and economic growth. it has also led to a greater focus on domestic capabilities and efforts to boost domestic production and increase non-oil exports. he said. adding that the elimination of tariffs or putting preferential tariffs will boost exports between Iran and Italy.

He said that the Italian private sector and companies are very interested to increase their cooperation with their Iranian counterparts.

Iranian designers are really creative and today`s ceremony is not only seeking to display works of an Italian company. but also highlight history of the two countries` exchanges in the field of designing. the Italian envoy added.

He noted that most of the Italian companies attend the Iranian exhibitions and a large number of them are working in Iran.

Seven Italian companies participated in the International Exhibition of Agricultural Machinery and equipment held in Shahr-e Aftab from September 24-27.