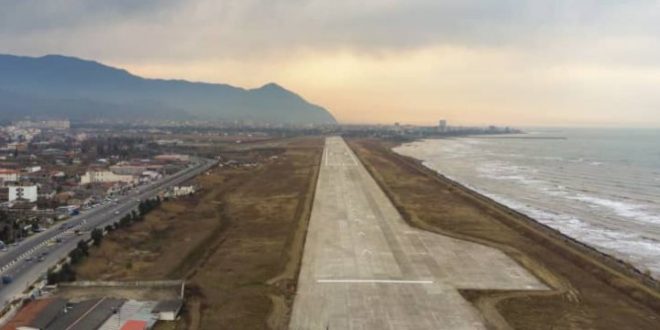 Two new airport development projects were inaugurated on Monday by President Hassan Rouhani, Minister of Roads and Urban Development Mohammad Eslami, Managing Director of Iran Airports Company Siavash Amirmokri and other officials via videoconferencing.
The first project is the new runway at Ramsar International Airport in the city of Ramsar, Mazandaran Province.
The second is expansion of Sari International Airport’s apron, the Ministry of Roads and Urban Development’s news service reported.
According to Director General of Mazandaran Province Airports Sa’dollah Vatankhah, the development of Ramsar International Airport’s new runway started in the fiscal March 2009-10 with an investment of 1.1 trillion rials ($6.23 million).
Now with the new runway, medium freight aircraft, including Airbus 320, can land and take off at the airport.
Referring to Sari International Airport’s apron development, he said the apron is spread in an area of 14,000 square meters. It was constructed with an investment of 72 billion rials ($407,932)
An Airbus aircraft landed on the new runway on Monday after 52 years.
As Eslami said during the inauguration ceremony, all 16 Iranian airline companies can now operate flights at Ramsar International Airport.
According to Amirmokri, IAC plans to inaugurate 21 aviation projects worth 10 trillion rials ($56.65 million) in the current fiscal year (March 2020-21).
The company has 12 projects worth €9.2 million on its agenda for the upcoming years.

Previous U.S. Sanctions on Venezuela Broken by Arrival of Iran’s Oil Tanker
Next 40% Decline in Iran’s Trade with China