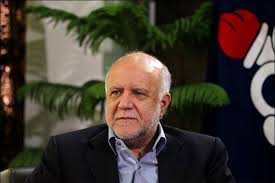 Iran’s Oil Minister Bijan Zangeneh said that Iran agrees with extension of 1.8 mb/d oil cut by deal between OPEC and 11 non-OPEC producers. but the negotiations are focused on the period of extension. Shana reported May 24.
Earlier. OPEC members had planned to extend the oil cut deal for the second half of 2017. OPEC and some of non-OPEC producers. including Russia. started oil cut deal in January for six months. which leads to decreasing glut by around 1 mb/d to about 0.8 mb/d in 1H17 t compared to 1H16.
The figure is expected to decrease to 0.1 mb/d in 2H17.
Earlier. Iraq and Saudi Arabia announced that they support extension of oil cut deal for further 9 months (March 2018).
OPEC members are preparing to hold meeting on May 25 to discuss the market and oil cut deal in Vienna.
Iran was allowed to produce 3.797 mb/d of crude oil in 1H17.
Extension of oil cut deal is in favour of Iran. because the country plans to increase oil output from new fields by 0.35 mb/d. while its oil output would decrease by 0.3 mb/d from old fields during the current fiscal year. started March 21.
In total. Iran’s oil output would stand flat. Zanganeh said Iran supports OPEC`s decision on oil cut deal extension for six or nine months.