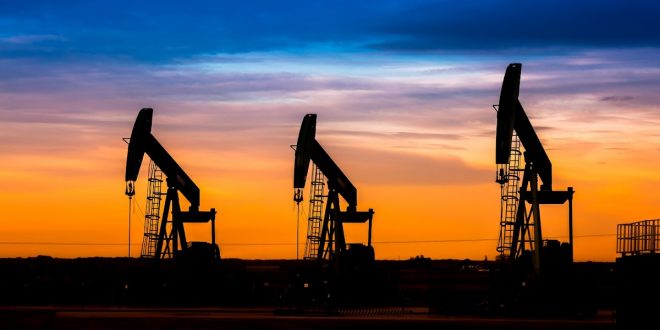 A Global Oil Shortage is Inevitable

Chronic underinvestment in new oil supply since the 2015 crisis and the pressure on oil and gas companies to curb emissions and even “keep it in the ground” will likely lead to peak global oil production earlier than previously expected, analysts say.
This would be a welcome development for green energy advocates, net-zero agendas, and the planet if it weren’t for one simple fact: oil demand is rebounding from the pandemic-driven slump and will set a new average annual record as soon as next year.
The energy transition and the various government plans for net-zero emissions have prompted analysts to forecast that peak oil demand would occur earlier than expected just a few years ago. However, as current investment trends in oil and gas stand, global oil supply could peak sooner than global oil demand, opening a supply gap that would lead to increased volatility on the oil market, with spikes in prices, and, potentially, structurally higher oil prices by the middle of this decade and beyond.
Supply Could Peak Before Demand
“On current trends, global oil supply is likely to peak even earlier than demand,” Morgan Stanley’s research department wrote in a note this week carried by Reuters.
“The planet puts boundaries on the amount of carbon that can safely be emitted. Therefore, oil consumption needs to peak,” analysts at Morgan Stanley said.
The problem with the world is that oil consumption – wishful thinking, investor pressure, and all – is not peaking. Nor will it peak until the end of this decade at the earliest, according to most estimates.
OPEC expects global oil demand to continue to grow into the mid-2030s to 108 million barrels per day (bpd), after which it is set to plateau until 2045, as per the cartel’s latest annual outlook.
Some other analysts expect peak demand at some point in the late 2020s.
Investment in new supply, however, is severely lagging global oil demand growth.
Demand is growing again after the 2020 COVID crisis and, contrary to some expectations from early 2020 that the world’s oil consumption would never return to pre-pandemic levels, demand is currently just a few months away from hitting and exceeding those levels.
Supply Gap Is Looming In Just A Few Years
Supply, on the other hand, looks constrained beyond the OPEC+ deal horizon.
New investment last year slumped to a decade-and-a-half low. Last year, global upstream investment sank to a 15-year low of $350 billion, according to estimates by Wood Mackenzie from earlier this year.
Investment is not expected to materially pick up this year, either, despite $80 oil. That’s because supermajors stick to capital discipline and pledge net-zero emission targets, part of which some of them plan to reach by curbing investment and developments in non-core little-profitable new oil projects.
U.S. shale, for its part, is not rushing this time to “drill themselves into oblivion,” as Harold Hamm said in 2017, as American producers look to finally reward shareholders after years of plowing cash flows into drilling and chasing production growth.
Considering that oil demand will still grow, at least for a few more years, underinvestment in new supply would be a major problem in the medium and long term.
Despite the energy transition, demand will not just vanish, and new supply will be needed for years to come to replace declining production and reserves.
The oil industry will need massive investments over the next 25 years in order to meet demand, according to OPEC. The industry will need cumulative long-term upstream, midstream, and downstream oil-related investments of $11.8 trillion by 2045, OPEC says.
Patrick Pouyanné, chief executive at France’s TotalEnergies, said at the Energy Intelligence Forum this month that oil prices would “rocket to the roof” by 2030 if the industry were to stop investments in new supply, as some scenarios for net-zero by 2050 suggest. “If we stop investing in 2020, we leave all these resources in the ground … and then the price will rocket to the roof. And even in developed countries, it will be a big issue,” Pouyanné said.
$100 Oil Is No Longer An Outrageous Prediction
A triple-digit oil price is no longer an outrageous prediction as it would have been in early 2020.
Francisco Blanch, global head of commodities and derivatives research at Bank of America, expects oil to hit $100 by September 2022, or even earlier if this winter is much colder than expected.
Demand is coming back, while we have seen severe underinvestment in supply the last 18 months, Blanch told Bloomberg at the end of September.
“The underinvestment problem cannot be solved easily, and at the same time we have surging demand,” he said.
“We are moving into a straightjacket for energy, we don’t want to use coal, we want to use less and less gas, we want to move away from oil,” Blanch told Bloomberg.
While oil is unlikely to sit at triple digits for a sustained period of time, underinvestment has become “a multi-year problem” for the industry, Blanch noted.
Even if oil doesn’t stay at $100 a barrel, a supply crunch down the road would nevertheless move the floor under oil prices higher and lead to unsustainable price spikes. As much as climate activists want a stop to investment in new supply, the industry and the world cannot afford it because oil demand continues to grow.