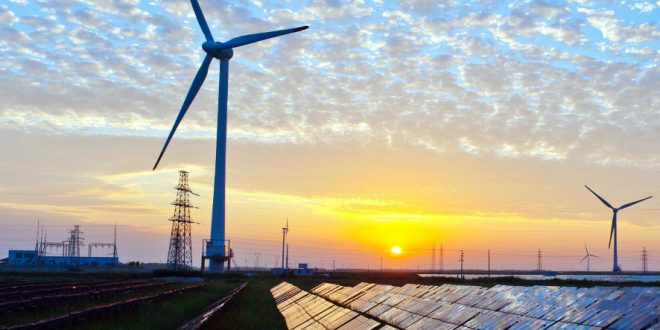 Saudi Aramco’s plan to invest in 12,000MW of renewable energy by 2030 entails investing in the kingdom’s national renewable energy programme as well as through affiliate investments in renewables and purchase of renewable energy certificates.
“Those will likely primarily come in the form of investments in Public Investment Fund’s (PIF’s) solar and wind projects,” an industry source tells MEED.
It is also expected that the oil giant will expand off-grid and grid-connected solar and wind energy solutions as an important source of low-carbon energy for its operations, similar to its adoption of cogeneration facilities to boost energy efficiency.
“Aramco… has committed to investing in 12GW of renewable energy by 2030,” the oil giant said in its first Sustainability Report. “We will use the allocation of renewable energy credits from these investments towards decarbonising the power supplied to our operations.”
Saudi Aramco Power Company (Sapco), subsidiary of the oil giant, owns a 30 per cent stake in the special purpose vehicle (SPV) that is implementing the 1,500MW Sudair solar photovoltaic (PV) scheme in Saudi Arabia.
Acwa Power and Water & Electricity Holding Company (Badeel) – will each maintain a 35 per cent stake in the SPV, Sudair One Renewable Energy Company.
It is expected that Sapco will own shares in future renewable energy projects being developed by the PIF as part of the kingdom’s goal to develop 58,700MW of renewable capacity by 2030.
Investments in renewables by affiliates Motiva, Arlanxeo and Saudi Aramco Jubail Refinery (Sasref) will also contribute to Aramco’s overall goal of meeting its12,000MW renewable energy commitment by 2030.
Aramco announced in October its goal to achieve a net-zero Scope 1 and Scope 2 greenhouse gas emission across wholly-owned operated assets by 2050 in support for the kingdom’s goal to reach net-zero carbon emissions by 2060.
In addition to ramping up investment in renewable energy under the company’s climate change and energy transition initiative, Aramco intends to pursue other projects to meet this target.
Energy efficiency initiatives include gas turbine upgrades, boiler and fired heater efficiency improvement, and a commitment to reach near-zero upstream methane intensity by 2030. It is also exploring the expansion of its carbon capture, utilisation and storage capacity.
The company intends to plant 300 million mangrove trees by 2035, up from the current 13.3 million, as part of its in-kingdom carbon offset programme. It is aiming for 350 million mangrove trees by 2035 outside of Saudi Arabia.
“Climate change is a serious risk to humanity’s future and restoring the world to a better carbon balance requires us to reduce the greenhouse gas emissions associated with both oil and gas production and use,” Aramco chairman Yasir al-Rumayyan stated in the report.
“We are already an industry leader in minimising emissions at the point of production. To strengthen that position we have set our ambition to achieve net-zero Scope 1 and Scope 2 greenhouse gas emissions across our wholly-owned operated assets by 2050.
“But we recognise that as long as demand for oil and gas exists, emissions also have to be tackled at the point of combustion too. We cannot do this alone — no one company can — but we are committed to working towards a lower-emissions future with our customers and partners around the world.”