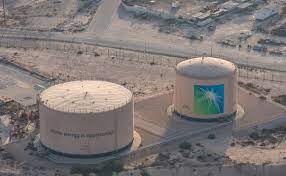 Saudi Aramco said that oil-output capacity across the world is dropping quickly and that companies need to invest more in production.
It’s a “huge concern,” Chief Executive Officer Amin Nasser said in an interview in Riyadh, Saudi Arabia’s capital.
His comments come with crude prices having soared 70% this year to around $85 a barrel. Many major consumers, including the U.S., Japan and India, have called on producers to pump more.