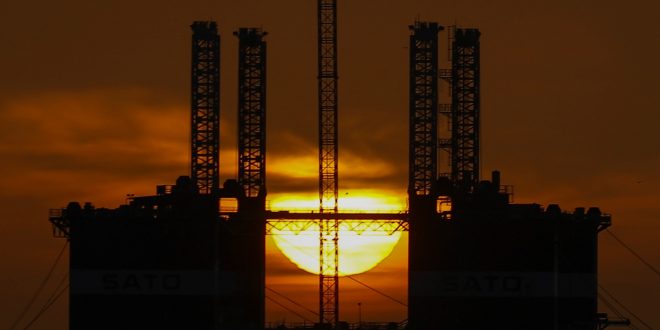 Elshad Nassirov, vice president of Azeri state energy company SOCAR, said on a conference call some of the energy infrastructure involved in shipping Caspian oil and gas to world markets is located in the vicinity of the current military operations.
Fifteen servicemen from Azerbaijan and Armenia and one Azeri civilian have died since Sunday in clashes between the two countries, who fought a war in the 1990s over Azerbaijan’s breakaway region of Nagorno-Karabakh.
Nassirov told the call that if they looked at a map they would see that clashes had taken place near some of its infrastructure. He said the Baku-Tbilisi-Ceyhan oil pipeline, the Baku-Supsa oil pipeline, the Baku-Tbilisi-Erzrum gas pipeline and some other facilities were located not far from the territory where clashes had taken place.
Nassirov also referred to the Trans-Adriatic Pipeline, the last stretch of the Southern Gas Corridor which also includes two other pipelines running via Georgia and Turkey – important because its completion means the whole corridor will be operational, reducing Europe’s dependence on Russian gas supplies.
“The pipeline will be ready and operational in time in October-November this year,” he said.
Armenia on Saturday also warned about security risks to the region coming from Azerbaijan after Baku said on Thursday it might strike the Metsamor nuclear power plant.
“This is a statement that should be unequivocally considered a crime against humanity … it should be given an appropriate international response and probe,” Armenian Prime Minister Nikol Pashinyan said.
Speaking on the conference call organised by U.S.-based think-tank the Caspian Policy Center, details of which were published on the group’s website, Nassirov called on the West to help protect its energy exports.
“I would use this opportunity to invite our colleagues in Washington and elsewhere to think about how fragile … this region is and to think how to provide … military and physical security to the corridor, which is providing energy security to Europe,” Nassirov said.

Previous Solar Cells and Modules
Next EU Tells US: Stop Threatening Our Companies with Sanctions