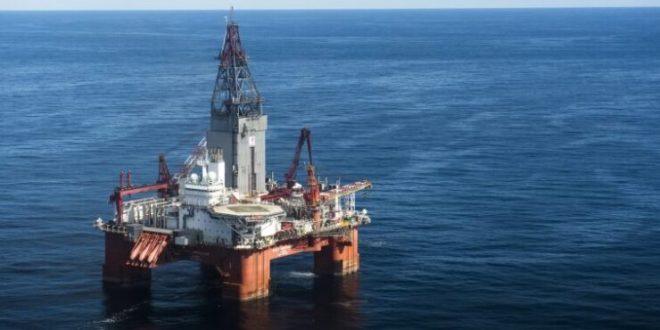 West Hercules drilling well number 100 at the Nunatak prospect in the Barents Sea.

Norwegian oil and gas giant Equinor has made a new oil discovery in Snøfonn Nord with the exploration well 7220/8-2 S, located by the Johan Castberg field development in the Barents Sea. This proximity to the current project development enables the tieback option, which will be considered by Equinor and its partners.
Equinor received a drilling permit for the well from the Norwegian authorities in February 2022. The well was drilled five kilometres south-southeast of the discovery well 7220/8-1, which is in the Johan Castberg field, and 210 kilometres northwest of Hammerfest.
Equinor is the operator of the production licence (PL) 532. Preliminary calculations of the size of the discovery indicate between 37 and 50 million barrels of recoverable oil. Together with the other licensees, Vår Energi and Petoro, Equinor will consider tying the discovery to the Johan Castberg field.
Snøfonn Nord is the 10th discovery in the Castberg licence and the 12th exploration well to be drilled in PL 532. The production licence was awarded in the 20th licencing round in 2009.
“Snøfonn Nord is an exciting discovery in the vicinity of the Johan Castberg development and can add valuable volumes to the installation in the future,” said Kristin Westvik, Equinor’s senior vice president for exploration and production north.
The Snøfonn Nord discovery was made exactly one year after the Isflak discovery in the same area, but is probably somewhat bigger, according to Equinor.
Drilling of the well was carried out by the Transocean Enabler rig and is now completed. Transocean Enabler will move 800 metres further west in PL 532 to drill a new exploration well.
The Johan Castberg field is located in the Barents Sea, approx. 100 kilometres north of the Snøhvit field and 240 kilometres from Melkøya. Estimated recoverable volumes are between 450 and 650 million barrels of oil equivalent. The Johan Castberg production vessel and subsea facility have been designed for producing 190 000 barrels per day and for a life of 30 years.