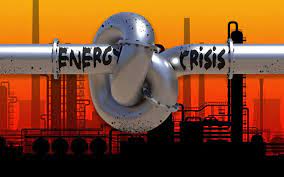 Reduced energy supply due to sanctions against Russia and Moscow’s closure of key pipeline gas export routes will force Europe to fight for oil and gas wells after the coming winter, as the current crisis is not a story for one winter, analysts at consultancy Energy Aspects said.
Europe will need to ration demand to be able to balance the market not just this winter, but next winter and possibly the next, Amrita Sen, founder and director of research at Energy Aspects, told Bloomberg.
The energy crisis is already pushing Germany, Europe’s biggest economy, into recession, which will deepen as it approaches the winter months amid the ongoing gas and energy crisis, the Bundesbank said.
Germany also decided this week to nationalize Uniper, the largest gas importer, to prevent the collapse of German energy and gas suppliers. Across Europe, businesses are being forced to wind down or shut down production because of soaring energy prices, and several European industry associations say the European Commission’s proposals to lower energy prices and help households and businesses through the crisis are not enough to help them survive the winter.
Commenting on the oil market, Amrita Sen said the oil market will be very volatile in the last quarter of this year. 2022 has so far been the second year of volatility since 1990, with the highest volatility seen in 2020.
After the EU embargo on Russian oil comes into effect, India and China could theoretically absorb additional Russian oil, but the banking sector would be wary of secondary sanctions from the U.S., and that could limit Russia’s ability to export oil.